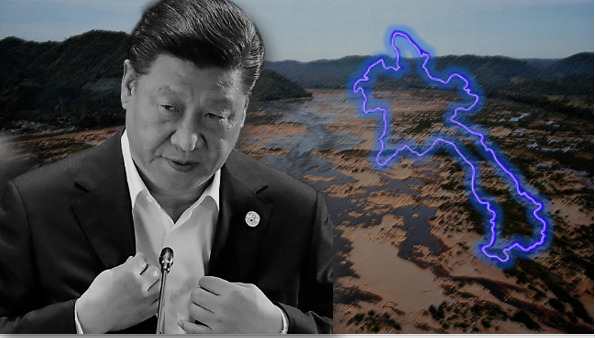 Take the situation in Laos; everyone is aware of China’s success in carving out a separate entity for itself right under the ASEAN’s nose. With the completion of the unrealistic high-speed railway project, despite socio-economic vulnerabilities, late last year China had finally stamped its power over the country as a colony.

While that was one of the many projects and the last one in the long list of China-sponsored ones; Laos had submerged deep in Chinese debt, given none of the projects were profitable enough to return the borrowed money. However, Thailand has had enough of Xi Jinping. It is no longer willing to tolerate China monopolizing and destroying the Mekong region. In its efforts to subdue Chinese influence in the region, Thailand has decided to buy hydroelectricity from Laos.

This has led to China’s effortlessly debt trapping the nation. According to the World Bank, Laos’ $19.14 billion GDP accumulated an extra $13.3 billion in debt last year. Fitch Ratings cautioned in August that the country will confront severe debt payment commitments of $1.16 billion per year from 2022 to 2025, half of which would be owing to China. The country’s foreign reserves were $1.2 billion in May, compared to $1.32 billion at the end of 2020.

Now, according to Lao and Thai sources, Laos is due to sign agreements with Thailand to sell power generated by three dams being built on the Mekong River. According to sources, the Luang Prabang Dam, Pak Beng Dam, and Pak Lay Dam, all in northern Laos, are named as electricity sources in the bilateral accords.

According to a March 15 report in the Bangkok Post, the agreements between Laos and Thailand will be inked in May of this year. However, the Pak Beng Dam’s developers are now making revisions to the dam’s design, while the Lao government has yet to complete a Heritage Impact Assessment (HIA) required by UNESCO for the Luang Prabang Dam.

If development on a project is delayed, developers will supply missing or partial documents, according to the official. “After that, the Thai side will decide when and which dam will be allowed into their market.”

In a contentious bid to become the “Battery of Southeast Asia,” Laos had staked its future on power generation, exporting electricity from more than 50 big and small-scale dams on the Mekong River and its tributaries. While this dream was sold by the CCP which wanted to control the South East Asian nation to become a colonial outpost. However, Thailand has decided to support Laos in its bid, and thereby provide its economic heft so that it can repel Beijing

This year, it also came to light that Thailand has developed cold feet towards China’s pan-Asian high-speed rail line. Thailand’s portion of the high-speed rail project is moving at a snail’s pace, with several obstacles in the way.

While Thailand is kicking out China, the US is managing to increase its presence in the country. The US Navy started training the Thai Royal Navy in anti-submarine warfare in 2019. Ford Motor Co. too announced an investment of $900 million in a show of improving US-Thai business ties.

The Mekong region in general and Laos, in particular, seemed to be succumbing to China not so long ago, but Thailand has suddenly emerged as a fresh ray of hope. It is not only stopping China’s advances, but it is also enabling countries like Laos to pay off their debts back to China and follow a policy that is in sync with the ASEAN nations.