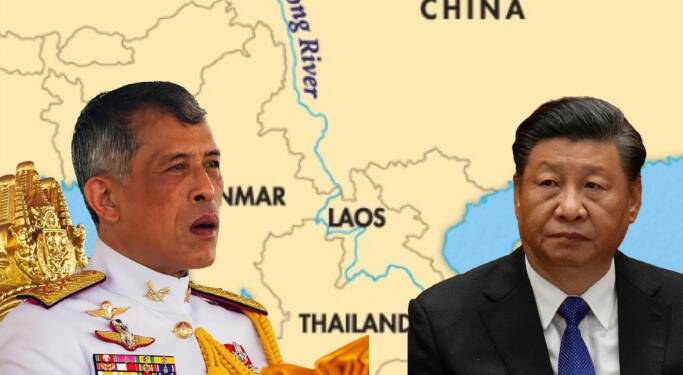 Mekong has dried out and we don’t even need any evidence now. There is truckloads of evidence to prove how Beijing built several hydraulic projects along the river in its territory. The dams give China the power to control the flow of Mekong river into downstream countries, namely Laos, Thailand, Cambodia and Vietnam. But you know what is surprising? Despite its water wars, China has managed to ramp up its influence in the Mekong region.

China actually runs a cooperation mechanism in the region and is mounting its influence in the region. It has managed to curry favour with most countries in the Mekong region except one- Thailand. The CIA chief recently visited Bangkok amidst a flurry of some groundbreaking military and business deals between the two countries. Thailand’s big battle against China seems to have started.

In 2016, China founded the Lancang-Mekong Cooperation mechanism, a multilateral initiative for cooperation between the riparian states of the Mekong River. There are six member countries- Cambodia, China, Laos, Myanmar, Thailand and Vietnam.

If you think that this was China’s initiative to cooperate with Lower Mekong Basin countries, you are way off the mark. The multilateral mechanism has only one objective- promoting the Belt and Road Initiative (BRI). And China has actually succeeded.

Myanmar is an upstream Mekong country and has succumbed to Beijing’s influence, with Chinese funding for the military junta regime in the country.

Cambodia is in any case a lackey of China and there is not much that the country wants to do about Mekong. As for Vietnam, it is a major Chinese rival but it is literally the last country in the Mekong region and doesn’t exercise much influence with respect to this region.

Laos hasn’t resisted Chinese influence either. And Beijing is practically looking to colonise the country.

Thailand- the only country standing up to Chinese bullying

So, we are left with Thailand. The country has had a history of weaning away from the United States of America and moving towards China. In fact, Beijing uses the Chinese ancestry of the ethnic Chinese community in Thailand to ramp up its influence within the Southeast Asian country.

Thailand is strategically crucial because the country enjoys access to the Gulf of Thailand that opens into the South China Sea, which is presently at the centre of Chinese military aggression.

But since 2020, the country is pivoting towards the US and has abandoned China multiple times.

It all started with the Kra canal in 2020. China wanted to build a 120-km long canal that was supposed to pass through the Isthmus of Kra in Thailand, and bypass the Strait of Malacca making Chinese shipping routes vulnerable to Indian influence.

This year, it also came to light that Thailand has developed cold feet towards China’s pan-Asian high-speed rail line. Thailand’s portion of the high-speed rail project is moving at a snail’s pace, with several obstacles in the way.

While Thailand is kicking out China, the US is managing to increase its presence in the country. The US Navy started training the Thai Royal Navy in anti-submarine warfare in 2019. Ford Motor Co. too announced an investment of $900 million in a show of improving US-Thai business ties.

The Thai Royal Air Force is reportedly planning to purchase eight F-35 stealth fighters as well for replacing its ageing combat aircraft fleet. The deployment of American defence equipment and stronger bilateral contacts between Thailand and US defence establishments is likely to further wean Thailand away from Beijing.

The Mekong region seemed to be succumbing to China not so long ago, but Thailand has suddenly emerged as a fresh ray of hope.