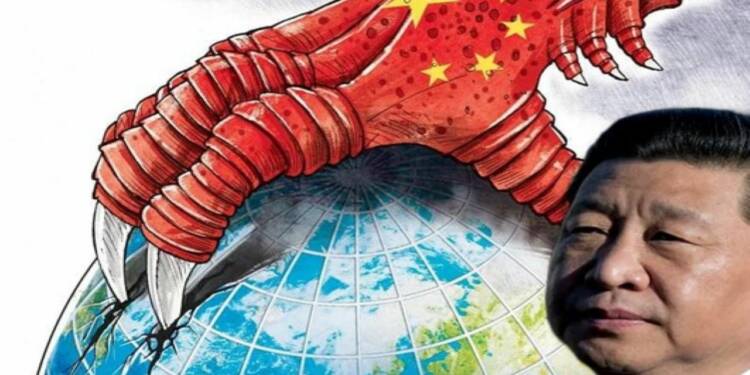 Be it for the large swathes of arid landscapes of iconic Africa or the bucolic stretches of Latin America, China’s stratagem to wrest power is to coerce developing countries and make them yield to Beijing’s line for few benefits. The world inertly watched this nightmare of politicking which is infamously dubbed debt-trap diplomacy.

Beijing’s shrewdness would make them offer a lending hand to failing economies. With no further alternative at their disposal, these countries would strike up a deal to avoid falling into penury. The predicament looms when these countries fail to repay the loan taken that might have gone well beyond their weight. The end will see Beijing taking control of assets from these struggling borrowers thus ending up the nemesis that it was intended to be.

Taking heed of the current happenings, it seems the diplomatic prowess that Beijing rode on has taken a fall. This is far more evident with the current quandary that both Sri Lanka and Pakistan got mired in. With inflation soaring to a record high, both of China’s confidants have made their country enter a phase of mayhem, but surprisingly Xi Jinping is shying away from using his usual playbook of diplomacy.

China’s race to grab geopolitical influence is seemingly on a downside slope. Beijing is embroiled in its domestic troubles. With lockdowns to contain the country’s worst COVID-19 outbreak to shutting down the technological and financial megalopolis of Shanghai, China’s economy is arguably in shambles. Adding further salt to injury, Chinese premier Li Keqiang went up in full furore against Xi’s policies out in open.

Read more: China could end up debt-trapping itself with its $2.3 trillion gamble to revive its economy

As Michael Ondaatje, one of Sri Lanka’s greatest chroniclers, once said, “In Sri Lanka, a well-told lie is worth a thousand facts.” This quote could stand the test of time for Colombo’s policy debacle of lending out Hambantota port to China for 99 years against USD 1.2. Billion.

At present, Srilanka is loaded with a pile of debt and the country may be pushed into default anytime soon. The Island nation’s leaders have been beseeching Beijing to help them out of the crisis but to no avail. China stands no chance of reenacting its old role as a major creditor as highlighted by Xi Jinping when he insisted on conditions in foreign cooperation and to “avoid dangerous and chaotic places”.

China always backed Srilanka and was more enthused to initiate XI’s vanity project (BRI) in the island nation. The Hambantota port is an example of how the Chinese ploy makes even the best of friends cow down to Beijing’s line. Beijing is well aware that its mercantile interest won’t bear any fruit in Srilanka anymore as further assistance would only deepen the debt of the island nation to China.

China snubbing Srilanka has its reasons. Even within the heightened circle of the Chinese communist party, there emanated concerns regarding the economic management following the collapse of giant developer Evergrande. With a sluggish economy to tackle, Beijing won’t rush in to take the good guy status by providing financial benefits to Colombo.

As the story goes, Beijing seems to have lost its old sheen as a devious diplomat. China’s cautious approach to its neighbours now reflects the messy political situation that Beijing is currently drifting into.