China could end up debt-trapping itself with its $2.3 trillion gamble to revive its economy 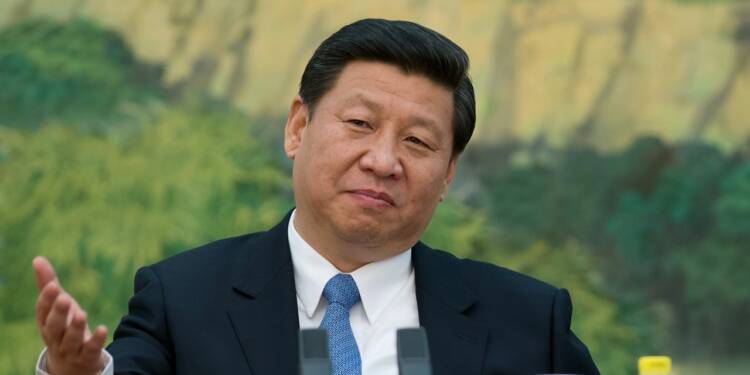 So, Xi is going back to the old formula– a major splurge on infrastructure that ramps up growth numbers, attracts foreign investments and boosts the business sentiment in China. Xi will spend $2.3 trillion on thousands of “major projects,” according to a Bloomberg analysis. This is more than double the spending of $1.1 trillion announced by the US Congress last year. However, Xi’s gamble could end up debt-trapping the Chinese economy. How? Let’s find out.

Traditionally, China’s infrastructure spending plans have focused on transportation with billions of Dollars getting funneled into expressways, railways, airports, and seaports. However, there isn’t much scope left for investments in China’s transportation sector. China already has twice as much high-speed rail as the rest of the world combined, and that too is getting debt-trapped due to high operating costs and lack of profitability.

Read more: Amid the pandemic, loss of face, and economic slowdown, Jinping’s ambitious “Railway” project is a mega-disaster

And in the road sector too, there isn’t much scope left to invest. The Communist country already has the world’s longest expressway network. Any attempt to extend it into barren and remote areas of China will turn counter-productive due to a lack of economic feasibility.

And then, China cannot invest in the real estate sector also. We witnessed the epic downfall of the Communist country’s property sector last year. If Beijing were to put more money into real estate, it would go down the drain and create many more ghost cities in China.

Yet, 30% of China’s construction stimulus is estimated to go towards transport infrastructure. So, we could see many new White Elephants prop up in China’s transportation sector.

Nancy Qian, a Management professor said, “Now that China has the basic modern infrastructure it makes sense to focus investment on manufacturing.” And this is what Xi is also doing. China is spending 30% of its $2.3 trillion stimuli on traditional infrastructure. But over half of the stimulus will be devoted to the manufacturing and service sectors. China will build many industrial parks, factories, technology incubators, and theme parks.

And why is Xi doing this? Well, he doesn’t want China to lose its ‘exports powerhouse’ tag. By investing in new factories and industrial parks, Xi is trying to ramp up employment numbers in the country and is also trying to revive China’s manufacturing base and exports sector.

Make no mistake, Beijing’s big construction stimulus will lead to a temporary rise in growth. When the government throws in billions of Dollars, some economic growth does take place though it also leads to greater inflation by enhancing the money in the economy.

However, the point is that China’s manufacturing sector cannot sustain growth in the long run. Why? Well, there are many reasons. Firstly, China’s main advantage–cheap labour isn’t going to last for long. China’s demographics are witnessing a rapid shift. The country is ageing very quickly due to declining birth rates and its population too is contracting.

Read more: By 2035 China will be done and dusted

China used to spend heavily earlier too. But foreign investors used to be bullish on its manufacturing sector due to the cheap labour that was abundantly available in the Communist country. However, China is losing that advantage, and Xi is unlikely to get good returns on his plan to spend big on manufacturing sector-related infrastructure.

Adding to it, other issues like frequent COVID-19 outbreaks in China led to lockdowns and brought manufacturing to a grinding halt. And then, China may not be able to revamp its exports sector given its tussles with major economies like Japan, South Korea, and India. Also, Trump is likely to come back to power in the US in 2024, which could lead to a second US-China tariffs war and mount even more pressure on the Chinese exports sector.

So, Chinese growth isn’t going to last for too long. But what is going to last is the debt of billions of Dollars that will pile up due to Xi’s construction stimulus. When much of the debt-fuelled construction growth remains unutilized, the economy starts heading towards increasing risks of defaults and an eventual collapse.

The Chinese economy is already reeling under a heavy debt burden. Along with official debt, the ‘hidden debt’ contracted by local and provincial governments runs into trillions of Dollars. Now, Xi’s construction stimulus could lead to more debt and more trouble, which would ultimately leave China debt trapped.