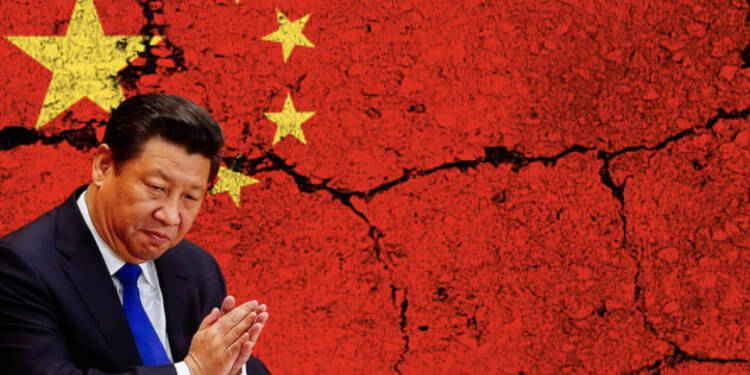 China is a strange country. When couples wanted to have multiple children, the State told them that they couldn’t have more than one. Now, that the State wants couples to reproduce more children, couples are saying– no, one child is enough for us.

In fact, China’s population growth rate has registered a shocking decline. It stands at just 0.034%, which is the slowest since 1960, when Mao was on a killing spree. The population bomb in China has thus exploded and soon we will see its effects like-

China’s population growth crisis has been an issue haunting the Chinese Communist Party (CCP) for over two decades now.

The population growth rate in China has been consistently below 1% since 1998. In 2020, it reached 0.145%, despite the exaggeration of its population numbers by Chinese authorities.

Read more: China’s population is contracting at an alarming pace and its future is going to be very different from today

Chinese population may have peaked out in 2021

Chinese population may have also peaked out in 2021, and could now start contracting. This effectively means that the demographic dividend that China enjoyed in the form of a large population, young workers and cheap labour will start getting wiped out from 2022.

He Yafu, an independent demographer, has projected a contraction in the Chinese population from 2022. Another demographer said, “China’s population will start to contract in 2022, nine years earlier than the [previously] expected 2031.”

Why Chinese population is declining ahead of the expected timeline

Chinese population decline will start around a decade before the expected timeline. This has to do with the economic crisis in the country.

2020 and 2021 were years of economic hardships for China. China’s national income growth has been stagnating for quite some time, and it is in the middle of what experts call the “Middle-Income trap“.

But 2021 was different, as the real estate crisis, downturn in manufacturing activity and power crisis have exposed Chinese people to economic hardships. They don’t want to bring more children on the planet, when they can’t earn for themselves.

The number of weddings held in China in the first nine months of last year stood at 5.8 million- a 17.5% decline over the same time period in 2019. Couples in China aren’t looking at a bright future and are in no position to marry and raise families at this point.

Why the CCP is tensed?

For the CCP, the faster-than-expected Chinese population growth crisis is a telling blow. The CCP was powerful because it had a demographic dividend and the West was dependent on cheap Chinese labour.

But now the world is noticing how China is fast losing its place as a manufacturing powerhouse. As the population will decline in China, multinational companies will start pulling out to better locations. And before the CCP knows, the West will start cracking down harshly and fearlessly on Beijing’s crimes.