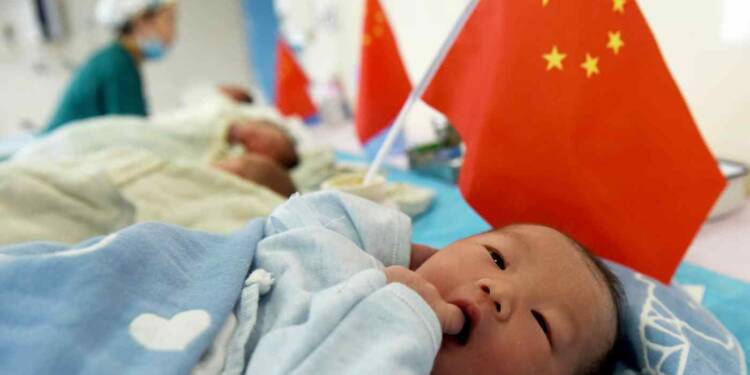 Evolution does not stop, nor can it restricted. In the 1980s when China introduced its one-child policy it clamped down hard on couples having more than one child. Bearing more than one child became a crime in the Communist regime. The party had inhibited control on every aspect of the Chinese citizen right down to family planning and it worked. China’s growth rate stumbled but it declined up to a point where it became an acute problem.

In a widely expected change, China announced on Monday that married couples will be permitted to have up to three children, up from the current two-child limit. China’s one-child policy, which lasted 36 years until 2016, left the country with a demographic time bomb: falling birth rates and an ageing population. Despite the fact that Beijing officially claimed population increase in 2020, according to the Financial Times, the original census numbers showed a loss.

Human beings, like every other species on the planet, have one necessary work to undertake among many other things. That one aspect is reproduction and bearing offsprings to increase their population. But the clampdown by the CCP restricted thousands of years of evolution and for 36 years it continued to do so. Now the short-sightedness of the policy is finally catching up and thus in 2016 China saw that the advantages of bearing one more child per couple. It did not work and according to the reports of the 2020 census, China’s population is still in decline.

For the past 36 years, Chinese society evolved with the one-child policy dictating the terms of the evolution. Cost of living, childbearing and education among other things were also affected exponentially. Now the CCP is feeling the ramifications and severe consequences of the one-child policy, right to disturbances in its military to the Chinese society as a whole as the working population has declined.

Like a force of nature, evolution, in this case, the evolution of society, has taken the front seat again. While the scenario remains the same with the party controlling every aspect of the Chinese citizen there still have been a lot of changes that the society has undergone. These small changes will make sure that any change in policy now will not have the same effect as the sudden policy shift did back in the 1980s.

With just being able to bear one child till 2016, Chinese society underwent a lot of change. It is not just the impact on the financial aspect to raise a child but also the impact on the growth of children while being the centre of attention evolved them into. Being the centre of attention and of unilateral support and care these children have been accustomed to such luxuries and it has carried out into their adult life. The generation that has been reared during the one-child policy reign does not wish to give up its luxuries for the sake of the nation and quite rightly so. Society evolved to pander and cater to every need of these children. Now they are being asked to suffer financial constraints and burden for the sake of society which would not happen.

Each Chinese family raised only one child for nearly four decades, resulting in a major decline in the number of youth employees available for labour in various industries across the country. China has been suffering excruciatingly as a result of the One-Child Policy, which has resulted in a substantial number of older citizens retiring from their jobs, despite the fact that the CCP continues to face a serious shortage of new people joining the workforce. The One-Child Policy was terminated in 2016, meaning that China’s demographics will take another 10-15 years to return to normal. But judging by the change in policy in just four years it seems that the calculations for the demography to resemble any sort of normalcy would take more time than previously predicted.

It would be prudent to predict otherwise. Chinese citizens are already crushed and deflated by the surge in the costs of living. Childbearing and raising costs have increased too as parents would spend more on just one child so that their child gets the best education, medical care, commodities, food etc possible. The demand created by the parents willing to provide the best brought in the supply of places willing to provide that extra incentive at a very high cost and the Chinese citizens latched onto those prospects.

This led to the increase in the costs of raising children and now even bearing the burden of one single child is detrimental to the standard of living of an ordinary Chinese, let alone two children or now three.

The policy of change allows three children per couple, but as has been the case with the communist party, it will force citizens to borne three children. The Chinese Communist Party does not care about the standard of living of its citizens, it cares more about bending the demography at its will as it did in the 1980s and is once again trying to do the same, only this time the policy looks dead set to fail.