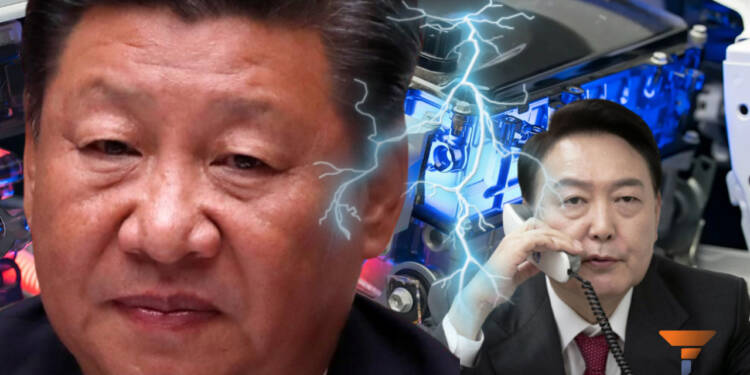 South Korea is zealously guarding its battery industry against China. In fact, it has chalked out a new strategy to kill China’s EV ambitions.

South Korean battery-makers have made it pretty clear that they won’t divulge their trade secrets to their US automaker partners. Why? Well, they believe that their secrets could land in China’s hands and help Chinese battery-makers.

The epic battle for EV batteries between China and South Korea

Presently, we are looking at an epic contest for global leadership in the EV battery sector. China presently leads the industry and is the top supplier of such batteries which are supposed to fuel the fast-growing EV industry.

On the other hand, South Korea isn’t far behind either. The top three South Korean EV battery makers—LG Energy Solution, Samsung SDI and SK Innovation—account for around a third of the world’s EV batteries market.

China’s CATL is presently leading the charts and supplies around a third of the world’s EV batteries.

So, we are witnessing a great contest for domination in the EV battery empire. The country that wins this contest will end up leading the global EV revolution.

Where do US automakers fit in?

Now, let us be clear about one thing—the EV industry is somewhat different from the conventional automobile industry.

Presently, the battery makers enjoy a great advantage over automakers shifting to EVs. Batteries constitute 30% of an EV’s total manufacturing cost and are pivotal for extending their performance and improving their safety.

Simply put, EV automakers are practically at the mercy of battery-makers. Since it takes long periods of time for research and development on battery making, automakers avoid in-house production and eye joint ventures or technology sharing from top EV battery makers.

In the case of the American automobile industry, big automakers like Ford and GM source their batteries from both China and South Korea.

General Motors, for example, has partnered with LG Energy Solution whereas Ford Motor is in joint venture negotiations with SK On, SK Innovation’s battery-making unit.

South Korean battery makers are ready to supply batteries to US automakers. But when it comes to technology sharing, they simply say—no, we won’t do it. Why? Well, this is where the China angle comes in.

SK, for example, remains worried that its trade secrets may reach its rivals because Ford does buy batteries from Chinese makers.

The risk becomes much greater under Biden’s watch because the incumbent US President has a proven tendency of going soft on China and emboldening Beijing’s rogue behaviour.

The EV battery industry is predominantly divided between two sides- South Korea and China. Korean battery makers know that any sensitive information that they divulge could be preyed upon by the Chinese.

At the end of the day, China isn’t great at innovation and research. If South Korea can keep denying China any opportunity to steal its technology, the Chinese battery industry will itself get outdated and fail to survive in face of South Korean advancement.

This is how Seoul seems to be killing China’s EV battery ambitions. It is doing a battery strike on the USA’s Biden administration, but this will end up inflicting more harm on the Chinese interests in the long run.

IDFK Meaning with Explanation and Definition