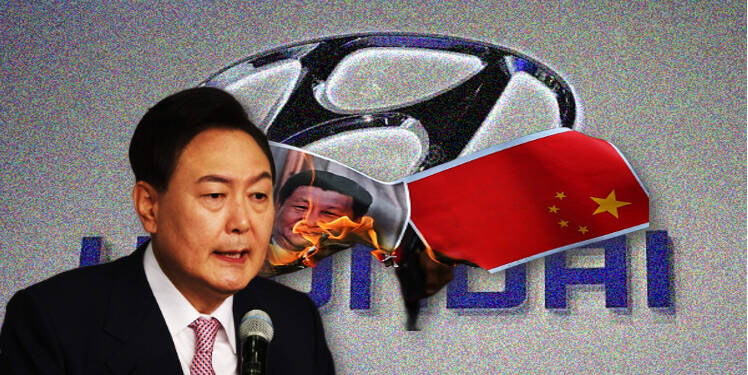 South Korea’s China hawk President-elect Yoon Suk-yeol will assume office in May, but his election is already changing things in Seoul. Even South Korean companies are embracing an era in which South Korea-China ties will deteriorate as Yoon follows a policy of countering Chinese aggression.

Read more: Anti-China, Pro-Japan and a Moon Jae-in hater: Meet the man who could be the next President of South Korea

Hyundai Motor Group seeks to expand its presence in Indonesia

It has been reported that Hyundai Motor Group is looking to expand its presence in Indonesia and other Southeast Asian nations in a bid to offset declining sales in China. It wants to penetrate the ASEAN countries centered on Indonesia as the main market.

New plant to be inaugurated in Indonesia

In fact, Hyundai Motor Group has established a new plant at the Deltamas Industrial Complex 40 kilometers from Jakarta. The completion ceremony of the new plant will be held on Wednesday. On this occasion, Hyundai Motor Group Chairman Chung Euisun and Indonesian President Joko Widodo are expected to meet each other.

If the meeting materializes, then it would be the second meeting between the Indonesian President and Hyundai Motor Group Chairman since October last year. It is also anticipated that Chung and Widodo will discuss electric vehicle (EV) production in the ASEAN region during the meeting.

Hyundai could target greater cooperation with the Indonesian government, given that the Southeast Asian nation holds 20 percent of the world’s nickel reserves and also produces battery raw materials like manganese and cobalt. Such minerals are crucial in the EV sector and can help Hyundai establish a strong EV manufacturing base in the country.

The plant, which is the first one to be established by Hyundai in Southeast Asia, has been functional since mid-January. It is presently manufacturing the Hyundai Creta subcompact crossover SUV. The completion ceremony was however postponed due to the Pandemic. Later this year, the same plant will also start manufacturing Hyundai’s IONIQ 5.

Song Sun-Jae, a senior analyst said, “The Indonesian plant is smaller than Chinese plants but is targeting domestic demand in Indonesia as well as Southeast Asian countries.” Song added, “Although the Indonesian market is dominated by Japanese car brands and difficult to penetrate, I think there is an opportunity for Hyundai to target a niche market.”

Hyundai has its reasons to shift out of China and eye Southeast Asian markets. There was a time when Hyundai cars were incredibly popular in China. At its peak in 2016, Hyundai Motor Company and Hyundai Motor Group subsidiary Kia Corp. sold 1.79 million units in the Communist country. Numbers however started declining after the deployment of U.S. Terminal High Altitude Area Defense (THAAD) in South Korea in 2016.

There were State-sponsored boycott calls against Hyundai cars and other Korean products in China. And therefore, the automaker could sell below 50,000 units in China last year. To offset such losses, Hyundai Motor Group seems to have targeted Indonesia and other Southeast Asian markets.

ASEAN countries like Indonesia and Vietnam have registered healthy GDP growth rates and with rising incomes, the consumer demand is also surging in these countries. Therefore, they seem like good substitutes for Hyundai Motor Group.

Meanwhile, with a China hawk President ascending to power in Seoul, we can expect more deterioration in China-South Korea ties. Unlike his predecessor Jae-in Moon, Yoon will not succumb to Chinese pressure. He will keep focusing on strengthening South Korea’s security with poll agendas like deployment of US tactical nuclear weapons in the country and strengthening of the THAAD missile defence system in his mind.

While Yoon will strengthen South Korea’s security, China is likely to hit back with more restrictions and more boycott calls against South Korean products. This could lead to a fresh dip in Hyundai’s sales in China. However, Hyundai Motor Group is ready with its plans to expand its presence in Indonesia and other Southeast Asian markets and offset its losses in China.