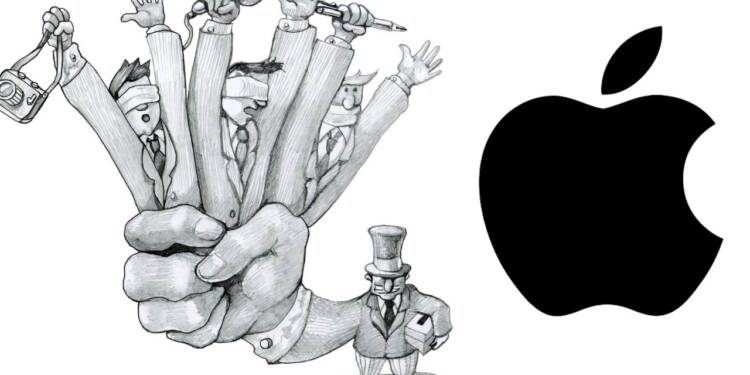 On Apple’s Russian App Store, the voting app developed by supporters of famous Putin opponent Alexei Navalny is once again accessible for download. The app was banned last year after the Russian government vowed to prosecute corporate personnel in the country.

Apple has been accused of selective censoring in various places following the regime’s requirements on numerous occasions. The prohibition enacted last year adds to the growing body of evidence that the big tech is bending to government pressure.

The right to free speech is an important tool for assessing how the country is progressing in terms of liberty. China and Russia are infamous for restricting fundamental rights for their narrow interests and it appears that Apple is assisting these countries in their efforts. There has been a plethora of evidence supporting our argument.

Apple was having trouble releasing its products in China in 2016. Tim Cook then went to China, where he inked a five-year agreement. The overall value of the five-year agreement is reported to be $275 billion. This was the beginning of Apple’s transformation into a Chinese puppet.

Apple even sided with China on the Uyghurs issue by removing a popular Quran software from its Chinese app store at the request of state censorship. The world is aware of China’s treatment of Uyghur Muslims living on its soil and has condemned it on various occasions.

As a consequence, The Council on American–Islamic Relations, criticized Apple for helping China. The council accused Apple of dancing to Chinese tunes to justify their ‘genocide’.

Whereas, it also banned several apps from time to time that did not fit into the CCP’s agenda. Grindr, an LGBTQ dating app is such an example. The app was secretly removed from China’s iPhone App Store, as a part of the country’s broader crackdown on what it considers illicit online content.

Now a question arises. What kind of fruits did apples reap from all this? Along with the $275 billion deal, Apple’s iPhone is now the best-selling smartphone in China and China has overtaken the United States as Apple’s second-largest market. Now you can connect the dots, right?

Bringing together the most recent incidents, it looks like Russia is attempting to leverage Apple and its other large corporations in the same way that China has, and it appears to be working fantastically.

In 2021, Russian regulators fined Apple for giving preference to its applications. At the same time, Moscow enforced controversial legislation demanding that smartphones, tablets, and computers sold in the country come with preinstalled domestic software and apps.

Russia even demanded tech giants to remove content the government has deemed offensive, dangerous, or lewd. The election app run by the team of jailed opposition leader Aleksei Navalny was also targeted with help of Apple under the same demand.

Apple showed some resistance, after the Russian-Ukraine war. The company paused all product sales and limited the functionality of some of its services in Russia in response to a Russian invasion. iPhones and other Apple products are currently not being sold through Apple Stores in Russia, and Apple Pay and other services have also been limited.

Apple also deleted Russian news apps from its App Stores in countries outside of Russia, including the apps for the Kremlin-backed news organizations Russia Today and Sputnik.

But, given that big these companies would have to find a difficult balance between blocking access to specific technologies in Russia while still making money, how long will Apple undermine its chances in the region?

Isn’t it ironic that Apple is plastering rainbow flags across its marketing operation in the United States, while it is also actively supporting governments around the world in isolating, suppressing, and oppressing LGBTQ+ people?

This is only one such example of how the American tech giant is using influence to undermine the rights of a common citizen, just to earn some more cheap bucks.

For its own pockets to get stuffed with cash and to capture high-priced deals, Apple has unquestionably played a key influence in restricting freedom of speech and expression in Russia and China. The corporation is certainly unconcerned with the liberty of the masses and is paying no heed whatsoever to what a common citizen across the world deserves to know.

On one hand, the US government boasts of placing high importance on the privacy and democratic principles of citizens across the world. And on the other hand, it has used its largest tech giant to suppress the same.

China and Russia are being chastised by the United States for suffocating people’s democratic rights and failing to provide the internet content that the free world deserves to enjoy.

But the US remains so quiet when it comes to reports of its capitalist corporations colluding with authoritarian regimes. It remains a never-ending mystery.