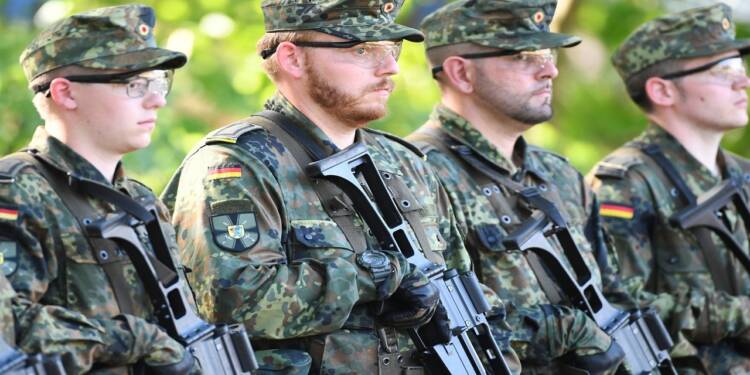 Germany is ostensibly the most powerful nation economically in the European Union, but it has yet to demonstrate its military might. Germany has always been expected to lead Europe in times of crisis, and it was anticipated to take the lead in assisting Ukraine during the Russia-Ukraine conflict. But it isn’t succeeding.

Halyna Yanchenko, a 33-year-old member of Ukraine’s Parliament, showcased his disappointment with Germany’s role in the war at a recent panel discussion about Europe after the Russian invasion of Ukraine.

But why is Germany demonstrating its unwillingness to lead amid the Ukraine-Russia crisis? The answer rests in its pacifism doctrine, which was established during World War I under the ‘Treaty of Versailles’, engineered by the then-allied nations led by the United States.

Cathryn Cluver Ashbrook, a German-American political scientist, told The Indian Express that this unwillingness has its roots in World War II.
“This reluctance goes back to German history,” she said. The idea of “German tanks rolling through European streets, because of WWII, those were enormous taboos in the foreign policy context.”

Wolfgang Schmidt, who is the head of the Chancellery and Minister for Special Affairs, also admitted that this reluctance is not out of willingness but this is what Germany’s pacifist doctrine has been motivating to do so.

He said, “We are discussing all the questions on weapons and other support that we need to give. It is not because we don’t want (to do more), and it is not out of fear. But out of the responsibility that we have”.

However, following Germany’s loss in World War II, pacifism gained popularity, and pacifist movements grew significantly in Germany. Germany strengthened militarily during the Cold War because West Germany was in the direct line of Russian fire. By 1990, it had more than 5,000 battle tanks, and some 500,000 personnel and was spending almost 3% of GDP on defence. Then the Berlin Wall fell and Germany reunified under the treaty of the final settlement. The treaty was signed between Germany and the four powers— the US, France, the soviet union and the UK, which had occupied Germany at the end of WW2.

The treaty stipulated that Germany’s armed forces be limited to 370,000 men, with no more than 345,000 serving in the army and air force. It was not permitted to possess nuclear weapons. As a result, military spending plummeted, and the German army, the Bundeswehr, was reformed into a force capable of only limited expeditionary deployments. Also, following the Cold War, German governments did not prioritise defence, as they have been unwilling to see Russia re-emerge as a danger. Furthermore, the US-led NATO pledged to Germany of military aid whenever it was required.

The German military is outdated

However, as a result of its pacifist approach, its military is in shambles. At present, Germany which is the most advanced nation economically in Europe spends only 1.2 per cent of Germany’s GDP is spent on defence. A report released back in 2018 showed that less than half the country’s Leopard tanks, 12 out of 50 Tiger helicopters and only 39 of its 128 Typhoon fighter aircraft were fit for action.

The state of Germany’s military has deteriorated to the point where, in 2015, German troops were obliged to use broomsticks painted black instead of firearms during a joint NATO training exercise due to equipment shortages.  But now Germany needs to understand that Pacifism is an outdated concept. To regain its strong military as it is economically, it needs to abandon its pacifistic approach and according to what the contemporary world demands.