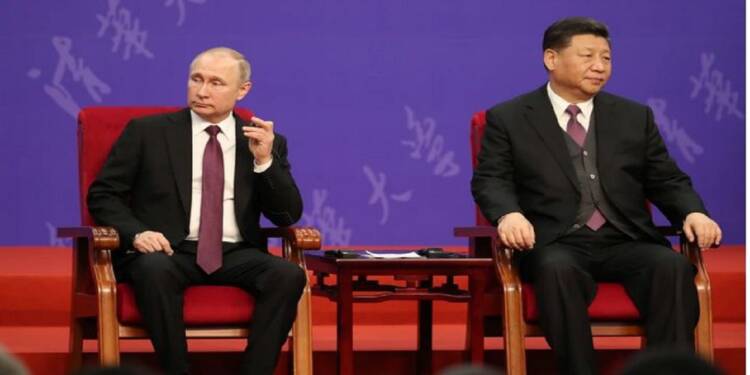 Vietnam recently announced a major change in its China policy that could spur a plunge in ties between Hanoi and Beijing. The electronic and print media of the country could now talk and write about the Sino-Vietnam war of 1979 and other major Sino-Vietnam military clashes without inviting scrutiny from the government. Previously, the Vietnamese government would advise its media against publishing reports about contentious events to avoid riling the Chinese government.

The country’s Prime Minister Pham Minh Chinh is now showing no qualms in pursuing his anti-China campaign. For instance, he became the country’s first prime minister to commemorate the 34th anniversary of a battle against the Chinese navy in the Johnson South reef of the South China Sea. For those unaware, the battle was fought in March of 1998 when China killed 64 Vietnamese soldiers and occupied the reef later.

The message sent by the Vietnamese Prime Minister to China is clear—Vietnam is sharpening its China policy and it will assert itself against Chinese dominance in the region.

Interestingly, Russia has found a special place in Vietnam’s reshaped and toughened China policy. Days after sending this explosive message to Beijing, Vietnam has invited Russia to hold joint military exercises in the South China Sea.

The timing of this announcement is important. Russia is currently enmeshed in a prolonged war in Ukraine and is facing widening sanctions from the West. Vietnam has indicated that it won’t stymie its military cooperation with Russia just to please the western countries. Vietnam realizes that strong military ties with Russia are important if the Chinese dominance in the South China Sea is to be challenged.

China scurries to the Philippines

You see, an anti-China alliance between Russia and Vietnam is shaping up in the region. So, China is now also looking to balance the power equation in the region by throwing its weight behind the Philippines.

Opinion polls suggest that the Philippines’ pro-China leader Ferdinand “Bongbong” Marcos Jr. is well on track to getting elected as the country’s next President. Just like the country’s current President Rodrigo Duterte, BongBong will further help China dig its claws deeper into the country’s economy and defense policy.

The effects are already visible. Manila on April 20 said that it will suspend oil and gas exploration in the South China Sea to strike a deal with Beijing over a joint project. Local companies involved in two projects off Palawan province were ordered to stop oil exploration.

Presidential spokesman Martin Andanar said on Wednesday that “SJPCC suspended all exploration activities within the disputed areas in the West Philippine Sea.” He didn’t provide any reason for this sudden announcement.

Bongbong has himself said that he will pursue a strong relationship with China, while not abandoning the West. Therefore, it’s pretty obvious where the tides will turn if Bongbong assumes power.

Read More: People of the Philippines are about to make a terrible mistake

China already expects that once Bongbong comes to power, he will sideline the 2016 arbitration award that rejected Chinese claims in the South China Sea. And Beijing also expects that Bongbong will back China’s line on international issues.

We are currently looking at the prospects of the Southeast Asian region getting divided down the middle with one bloc vehemently supporting China and the other region opposing it. Vietnam, with military backing from Russia, will look forward to countering China’s dominance in the South China Sea, which is aided by nations like the Philippines, Laos, and Cambodia. So, a head-on clash between these two blocs is what you can witness unfolding in the coming days.