With one move, Honduras has made its Special Economic Zone China-free 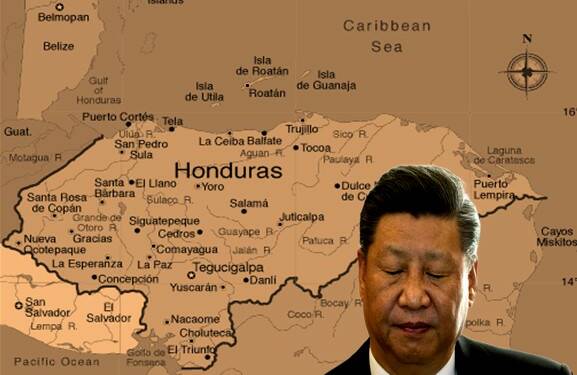 Honduras has finally taken a robust stand. In a setback to the devious foreign investment that set eyes on the Latin terrain, the Honduras Congress has unanimously repealed a 2013 law that the current government referred to as a bid to steal the country’s sovereignty. In short, the current move from the Honduran government would put a halt to the mercantile intentions of many nations from materializing and the most affected would be China.

Zones of Employment and Economic Development (ZEDE) are nothing but special economic zone (SEZ) that got adopted by the Honduran government as an amendment to the constitution back in 2013. The ZEDE works a different way with a high degree of autonomy when it comes to taxation and other legal doings. Even though under the purview of the national committee of Honduras, ZEDE tentacles went afar into the policymaking of the country thereby empowering them to establish their business interests in a more conducive domain.

From the very inception of the law, ZEDE was at the receiving end of opprobrium from an enraged opposition who were throwing up anything into an issue to tackle the fractious government led by the then-president Juan Orlando Hernández. Albeit complying with the Honduran law on all matters that dealt with sovereignty, foreign relations, and election matters, ZEDE’s unrelenting take on setting up a separate legal system irked the opposition who batted for a legal alternative to place the country’s sovereignty under a protective umbrella.

Whether ZEDE achieved its core purpose in Honduras remains a matter of debate. The aim was to serve as an economic and employment hub for the development of Honduras. But the contrarian voice within the country argues that the ZEDE law has torpedoed the constitutional morality within the nation with cash flow like torrents into the piggybanks of the government officials in Honduras. Corruption is hardly news in Honduras. This situation gives the opposition a level playing field to raise accusations against ZEDE regardless of the claims being hazy.

The broader narrative arises with the inclusion of foreign players in ZEDE. And without naming comes China with a coveted history of subjugating the democratic norms and human values for the petty business deeds they set their eyes on. China has pushed its strategic plans in Central America for quite some time. It’s a kind of confidence Beijing carries seeing no other players in sight to scuttle down China’s slow wresting of power in the Americas. This was also evident in The SEZ business story of China is taking new strides with its success in El Salvador.

The Chinese model of work in a foreign land often sees fewer local workers getting employed whereas a good lot of workers find their way straight out from Beijing. It sets a dangerous precedent to tread along since Chinese favor always comes at a cost. The debt trap formula never fails to elicit concern within any country that values sovereignty. The Chinese operation in a foreign land provides nothing but apathy for the private business firms who are left alone with a far less competitive space.

China could have easily surged ahead within the SEZ zones of Honduras in the name of development. The contentious law would have given them the leeway to exercise the power over the Latin country that Beijing loathes. There is a reason for the hate towards Honduras.

The tectonic shift in policy from current Honduras president Xiomara Castro comes as little surprise. Right after her ascension as president, Castro ditched China for Taiwan leaving the communist nation to look sheepish in front of the global stage. The current pullback from ZEDE may have its critiques for all the relevant reasons circling development, but it has invariably tossed aside China’s political revenge on Honduras for endorsing Taiwan.