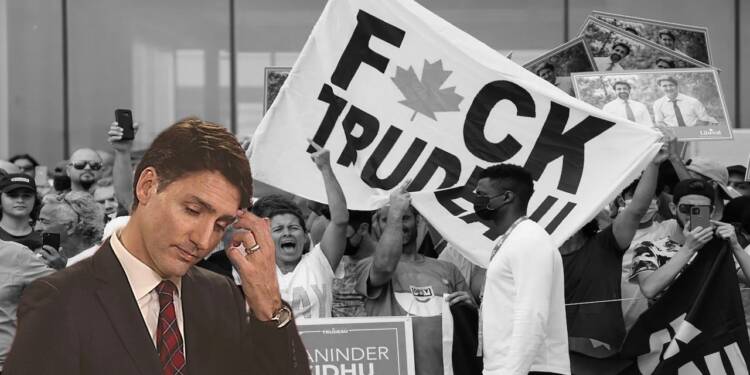 Are you ready to fight for your country? If you are a Canadian, 70% chances are that you will reply in the negative. Yes, data suggests that 70% of the Canadian people don’t want to risk their lives to protect their nation. And they don’t even want to join the Canadian military either!

According to a new opinion poll delivered to the Department of National Defense, the Canadian youth don’t see the Canadian military as an organization they would ever want to join.

The Royal Canadian Navy was the least likely service to be admired by the Canadians, with 61% saying they were not at all interested in joining.

You see, the Canadian military has a branding problem. Canadian people appear to be loathing it. Chief of the Defense Staff Gen. Wayne Eyre has already voiced concerns that the military is failing to meet its recruitment targets.

The country’s defense minister Anita Anand has a reason for this crisis. She argued that the ongoing sexual misconduct scandals that have rocked the Canadian Forces in recent years have hurt both recruitment and morale in the military.

Fair enough! It’s true that the Canadian military has been facing grave charges of adopting a soft stance on the rising cases of sexual misconduct among the higher echelons. But, it’s also true that the continuous exposure to liberal governments has rendered the Chinese youth incapacitated and totally unaware of the security challenges.

What made Canada so ignorant of its security challenges?

Frankly speaking, Canada is one of the safest countries on the planet given its geopolitical and geological position on the world map. A friendly powerful neighbor in the South and icy borders in the North are what make Canada a truly uninvadable place on the planet.

This luxury, bundled with a high living standard and a developed economy, deprives the Canadians of the need and want to have a functioning and performing military.

Read More: Canada is allegedly spending more on Ukrainian militias than its own military

What needs to be done?

These governments always preached the Canadians that they don’t need a strong military because they don’t have any enemies. That’s the best as well the worst tale of Canadian society. Hardships make a society more skeptical about external threats. A country needs an enemy to feel the need of developing its economic and military muscles.

Take Israel for example; one of the most advanced militaries in the world that defy all geopolitical and geological limitations. Israel’s military is so advanced and its people are so motivated to risk their lives for their country because that is necessary for them to sustain their existence in an extremely hostile security environment.

Frankly speaking, Canada direly needs to acknowledge the existence of its enemies and start investing in its military. For instance, Canada being an Arctic nation, very well stands the risk of getting in Russia’s crosshairs. It can follow the suit of the nations like Germany, which are now aggressively investing in their militaries after they got caught with their pants down following Russia’s invasion of Ukraine.