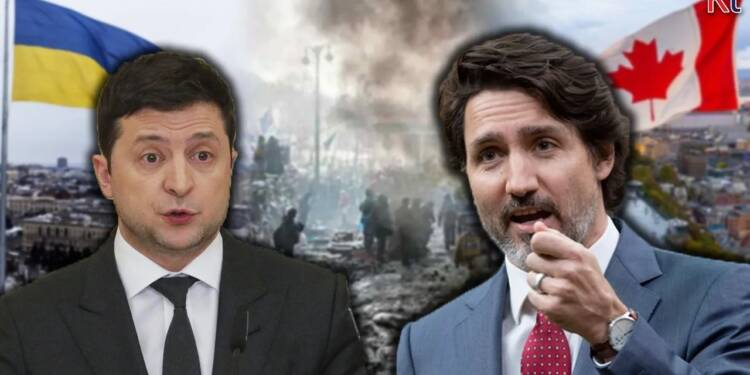 Canada’s military is in shambles. The reason is Prime Minister Justin Trudeau’s hesitancy in spending more on his own country’s defense. Canada currently spends only about 1.2% of its GDP on defense. Instead of spending more on Canada’s defense and military modernization, Canada is allegedly busy helping and assisting the Ukrainian militias. Radio-Canada says that Canada is aiding the Neo-Nazi AZOV squad in Ukraine.

Trudeau is hesitant to modernize his military

After the Russian invasion of Ukraine, there were rumors that Canada will increase its defense spending. But Canada has clearly failed to do so.

According to NATO defense standards, every NATO-aligned member must spend at least 2% of its GDP on the military budget. However, if the Canadian government authorities are to be believed, Canada’s spending on this issue is barely around 1.5%. Meanwhile, according to NATO estimates, Canada spent only 1.36% of its GDP on defense last year.

This blatant disregard for its defense sector by the Trudeau government has been evident in the recent times. Lately, Trudeau appeared to be hesitant to purchase F-35 fighter jets. Trudeau’s procrastination has resulted in a significant capability gap in Canada’s fighter aircraft fleet. As a result of his policies, the Canadian air force has devolved into an inept and ineffectual combat force.

Hypocrisy at its peak

Despite the fact that his nation’s defense requires funding, he has chosen to ignore it, and instead, is allegedly funding and assisting the Ukrainian militias to train the Neo-Nazi AZOV brigade, as reported by Radio-Canada. Trudeau has demonstrated his animosity against Russia several times during the Ukraine-Russia conflict. He’s going berserk in order to help Ukraine in the fight. His government is allegedly supporting the same Ukrainian unit Neo-Nazi AZOV, they previously referred to as “rotten apples”. Though the Canadian Armed Forces (CAF) has denied training members of Ukraine’s Nazi military, the recently surfaced photos say otherwise.

According Radio-Canada’s report, the photos posted on social media depict the apparent connection of Canada’s military with the notorious Ukrainian militia.

Radio-Canada said in its report, “According to Oleksiy Kuzmenko, a journalist specializing in the Ukrainian far right, the presence of these patches strongly suggests that the Azov regiment had access to Canadian military training”.

Canada has spent a huge amount of money aiding the Ukrainian soldiers, ever since Russia took Crimea in 2014. Since then, it has spent over CAN$1 billion on training these soldiers. And it’s all happening while Canada’s own military is in disarray. We can only hope, the Canadian Prime Minister Justin Trudeau realizes, that instead of preaching high morale by spending money in Ukraine and allegedly training with the Azov, he should instead focus on Canada’s poor defense organization.