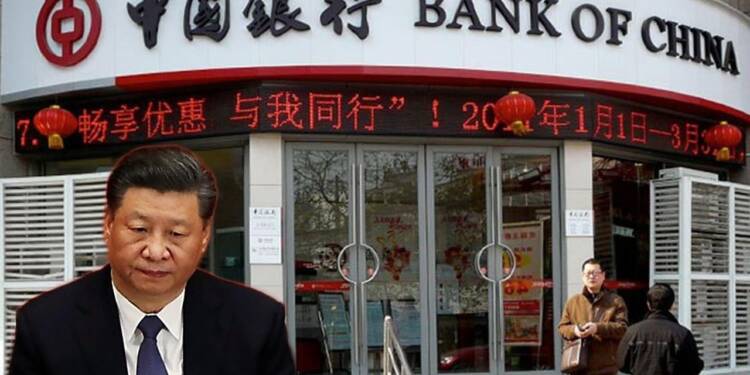 Russia considers China to be a close ally. Recently, heavy sanctions were placed on Russia. Seeing how the US and its allies froze the Russian central bank’s dollar assets, China has deepened its awareness of banking.

According to some media reports, China conducted an internal meeting with representatives of international and domestic banks to examine the measures of shielding overseas assets from future US sanctions. Chinese authorities are concerned, that such tactics could be used against them if there is a regional military clash or other such issues.

Furthermore, a Chinese invasion of Taiwan could be one of the triggers for US sanctions against China. The nation is often chastised by the United States for maintaining Taiwan’s ambition. What happened in the meeting, in particular, is not as well known as it is in China. However, there is enough evidence that what must have been discussed.

Since Russia’s invaded Ukraine, there has been a concern that next, it’ll be the Chinese invasion of Taiwan. Sensing this concern, the CCP addressed its possible impact on the banks.

“If China strikes Taiwan, decoupling of the Chinese and western economies will be even more severe than Russia, because China’s economic footprint affects every region of the world,” a source briefed on the discussion told the media.

CCP is careful because it recognizes that it influences many regions around the globe. If the CCP presses the “One China Policy” button again, all these countries will turn against China, potentially causing serious problems for the country.

Furthermore, the United States has no reason for forgiving China. China has regularly criticized the United States for maintaining diplomatic ties with Taiwan, claiming that such activities violate China’s sovereignty and territorial integrity and cause regional instability

The sinking Economy is another shocker

Another topic that must have been addressed is the Chinese economy. The Chinese economy has been tumbling for a variety of reasons. The United States is also a factor since it has always tried to ensure that China stays behind it in some or the other way.

To achieve this year’s economic and social development goals, China has pledged to steady the economic growth while also maintaining COVID-19 prevention and control, as well as improving macroeconomic policy adjustment. But there’s absolutely no certainty that the Chinese economy will recover.

Read More: The downfall of the Chinese economy is being scripted in Hong Kong

The CCP is concerned these days and the stress is obvious. The Chinese economy is in tatters, and the country cannot simply enter Taiwan. Moreover, if it invades, the world will not forgive the country at any cost. As a result, the CCP must have discussed with banks how much pressure they can face and utilize foreign assets as a result of possible outcomes.