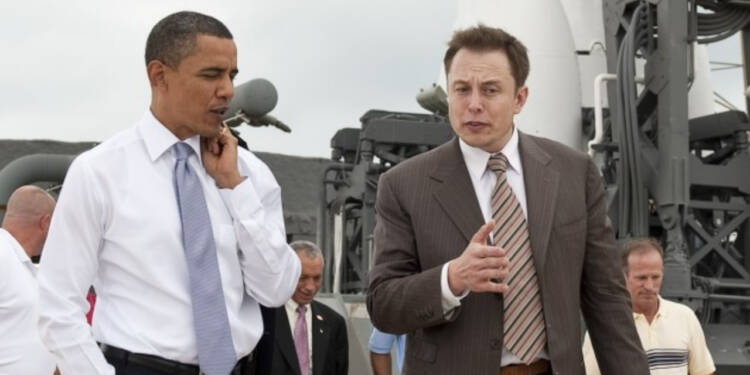 Last week saw the rebirth of Orwell’s “Ministry of Truth” in the United States under the moniker Disinformation governance board. The new move from Biden was designed to curtail misinformation rampant in the media sphere. But with the legend of Hunter Biden back in the limelight, it’s quite normal for anyone to raise doubt about the political arc and the timing selected behind this new move. With business magnate Elon musk getting into the realm of Twitter, the rumor would be an impending clash of heads between Biden and Musk.

But behind the facade of ‘countering misinformation’ lies a ploy mastered by a politician who has been invincible on all accounts. The recent takeover of Twitter has spilled the grains of doubt in him about the choice to survive without being confronted. It’s not Biden, rather it’s Barack Obama.

Obama is a fantastic modern-day politician. The man has charm in abundance and prides himself in high etiquette. He gave birth to great kids; his wife bragged the legacy of writing a bestseller and has arguably built a forte in motivational speaking that seems indestructible. Obama walks to Walmart not as the former president but as a common guy from Washington DC. He recommends books; writes well and speaks at his erudite best. It’s very hard to hate this guy and that is well evident with the Twitter followers that he has accumulated over the years. Simply the most followed person on Twitter and a freaking noble prize winner.

But the lasting legacy of this Icon also carries a shade of dark. Obama is ruthless when it comes to the polity. The man is single-handedly responsible for the pain that the Middle East and northern Africa endured. The horrendous Arab spring that wreaked havoc in the Middle East was Obama’s brainchild. He transcended the Syria crisis to levels that were unbeknownst at that time. Obama streamlined a narrative in Syria that was beyond brutal which ended up with the city of Idlib and Aleppo going to ruins.

Read More: Google and Apple are planning to deplatform Twitter after Musk’s takeover

But when it comes back to addressing his people, Obama played a different song. People never questioned him nor did they care about any accusation leveled against him. It was as if they knew Obama can do no wrong. Obama asserted humanness in his tone and came out from all the accusations by maintaining the duality in his persona assiduously.

But with the broader form of politics taking shape in the recent past, Obama has seen a chink in his armor. Twitter arguably the bastion of the left has seen a change in ownership. Elon Musk is a divagation from the principles espoused by the liberal left.

Musk is free-minded and considers himself the best in business. He never gives two alms about the rabid cry from the left loonies’ quarters of Twitter. The social media platform will be a different place from what it was before. Consequently, this will dampen the prospects of the fairy image maintained by the invincible Barack Obama.

For this long Obama’s slate was clean. The man knows how important Twitter is for streamlining the left narration. Whatever twitter discusses today, the world discusses tomorrow. The cue was given from his speech at Stanford, where he politely called for a regulation of mainstream media. Obama has discerned that his days of melancholy are far from over and the only way to let go of the pain is to fight it.

So as it goes, the world is to witness an ultimate war between the master of narrative control against the disruptor of narrative. Brace yourselves!