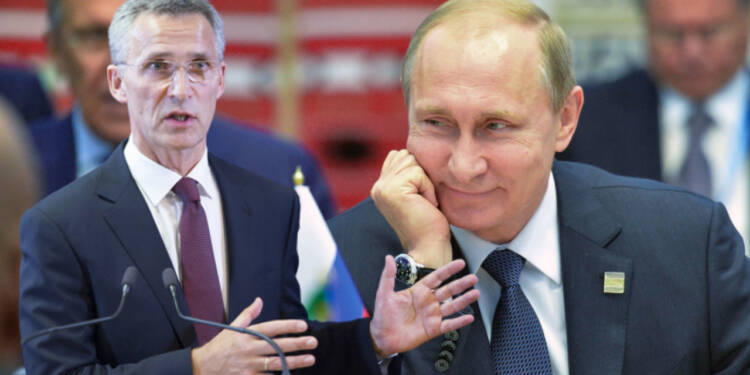 Russia is all set to give NATO a very clear message that it is not going to hold itself back while NATO plans to expand itself. The Collective Security Treaty Organization (CSTO), which includes Russia and five other central Asian will hold wide-scale military maneuvers in Central Asia in October 2022.

The Kazakh Defense Ministry said late on April 27 in a statement, “In October this year, the Cooperation-2022 command-post exercises of the collective forces of operative reaction, Search-2022 special maneuvers with the participation of intelligence forces, and Echelon-2022 material and technical supply drills will be held in Kazakhstan,”

In October, CSTO troops will conduct Frontier-2022 maneuvers in Tajikistan and Endurable Brotherhood-2022 exercises in Kyrgyzstan, according to the statement.

No gain for Sweden and Finland

But the timing of this announcement is the most crucial item to observe. This is a critical period because Russia is resolute about not retreating from Ukraine, despite the fact that it has been almost two months since it invaded. Furthermore, given NATO’s desire to expand to Eastern Europe which was one of the main reasons for Russia invading Ukraine, such a declaration makes it plain that Russia will not sit back and let the drama unfold.

Nonetheless, Sweden and Finland, which share a Nordic border with Russia, recently indicated that they may join NATO. However, this is something that has the potential to upset the status quo. Throughout the Cold War, both of these countries maintained a neutral stance. Both of these countries also have friendly relations with the West and Russia. Their military affiliation with NATO, which is commanded by the United States, would jeopardize their friendly relations with Russia. Also, Both Finland and Sweden have capable militaries that would promote an independent European defense system. However, further expanding America’s European defense dole would discourage defense efforts by them and others

While extending NATO may appear to be a reasonable response to Moscow’s invasion of Ukraine, it would only serve to exacerbate the security concerns that drove Russia’s aggressive approach against both Georgia and Ukraine. Despite the Washington Blob’s blithe denial that US policy was to blame for Russia’s actions, the allies broke their promises not to expand NATO, launched aggressive military operations harming Russian interests, and backed regime change against Russo-friendly regimes.

Russia’s allies in central Asia are its all-weather friends.

This is something that Russia would never accept. And now Russia is sending a clear message to the US-led NATO that it will be in action and will demonstrate its military might to the rest of the globe. Russia is soon going to conduct military exercises with its central Asian allies under the Collective Security Treaty Organization (CSTO) which includes Armenia, Belarus, Kazakhstan, Kyrgyzstan, and Tajikistan. Russia’s presence in this region goes back to eternity. Russia, also having military bases in Tajikistan and Kyrgyzstan, has pledged to support its Central Asian partners against any security danger that may arise at any time.

Therefore, Russia showcasing its military might that too at a very critical time in the new geopolitical state, when NATO is planning to expand itself is a clear message that nothing can stop Russia’s ambitions.