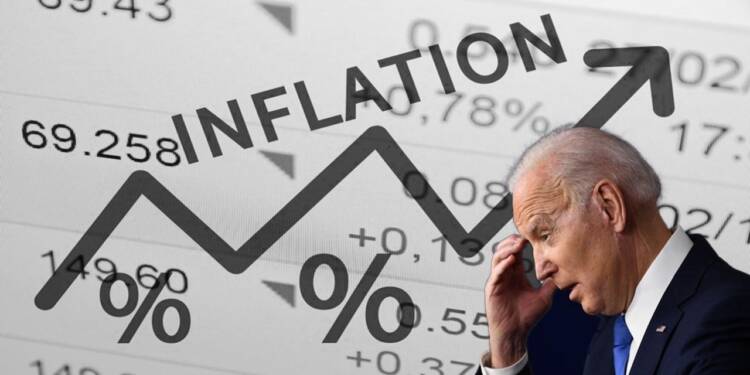 Let’s start this article by highlighting the emergence of a worrisome trend across the globe. Soaring inflation is wreaking havoc on almost every nation that chose Biden over Putin. Let the data speak for itself.

Inflation in South Korea has reached a 13-year high

Inflation in Japan hits the highest point in 20-years

Do you know what these nations do have in common, apart from a beleaguered economy? Well, all of these nations are American allies.

Yes, these nations chose to follow Biden’s diktats instead of pursuing their national interests, and that’s where they lost the plot.

You see, Russia is a global powerhouse providing Europe and East Asia with gas supplies and other means to fuel their economy.

So, when Joe Biden asked all these nations to stop importing gas, coal and crude from Russia, economic crisis and soaring inflation in these nations became imminent.

These nations failed to understand that while punishing Russia for its actions in Ukraine was important, keeping their house in order by securing energy supplies from Russia or wherever was even more needful.

And then we come to nations like India, UAE, Saudi Arabia and the ASEAN region. These nations have approached this crisis with a neutral standing, and expectedly, these economies have performed far better than that of western nations.

For example, India, a nation of 1.4 billion people, has so far successfully navigated this global inflation crisis by importing discounted oil from Russia. Had India followed Biden’s lead in sanctioning Russia, millions in the South Asian nation would have gone bankrupt.

Only this April, it was reported that India has successfully eliminated extreme poverty from the country even after the pandemic. So, it makes complete sense for India to keep importing cheap crude from Russia instead of joining Biden’s reckless anti-Russia campaign.

Experts fear that this prolonged phase of soaring global inflation heralds the onset of a 2008-like economic crisis in the world. Increased inflation, bundled with falling GDP and rising unemployment, in Europe and North America suggests that the world could soon hit a recession that could strike the global economy in the most painful manner.

Global economic stability requires unhindered energy supplies and a predictable geopolitical environment. The senile administration in the US, led by a 79-year-old nasty old man, has destroyed both of them.

The most powerful country on this planet, the USA, has been playing the role of a peace-breaker during this crisis. Ans USA’s allies, who had counted on Biden’s seemingly promising war against Russia, are suddenly finding themselves hanging in the balance. Finally, they are realizing the folly of relying on the wisdom of a 79-year-old man literally with no skin in the game.

Obama-Trump-Biden: The three European overlords whose diktats led to an energy crisis in Europe