China was merrily usurping Russian firms. India swept in and stopped it 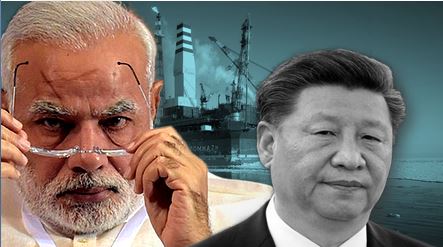 India is therefore looking to retain the much-needed balance in the global energy sector, while the Western world shamelessly abdicates its responsibility.

The Ministry has also asked OVL, the overseas investment arm of the State-run Oil and Natural Gas Corporation (ONGC), to consider buying a 30% stake held by Exxon Mobile Corp, in the Sakhalin 1 project located in the Russian Far East.

Exxon is the operator of the project but it has hinted at making an exit. OVL already holds a 20% stake in the project and could now try to tap into the vacuum that Exxon’s exit will create.

What we are looking at is a repeat of the events that followed the 2014 Crimea annexation by Russia. At that time, the US and the EU had announced some tough sanctions against Russia and had limited their business dealings with Moscow. Chinese investors were more than happy to fill the vacuum and had expressed interest in Russian oil and gas assets.

In 2017, a closely-held Chinese oil company even purchased a $9 billion minority stake in Rosneft PJSC. China, therefore, managed to get more deeply involved in the Russian energy industry. And after the Ukraine crisis, it is eyeing a total takeover of Russian oil and gas by purchasing some major assets. India however will not let China get a free run in the matter.

How India is balancing the global energy sector

If India ends up buying oil assets in the Russian Far East, it would be a matter of much-needed relief for the Japanese too. Japan doesn’t want China to start knocking on its doors by expanding its presence in Russia’s Far East. Yet, Japan cannot buy Russian assets in the region because it is a US ally and cannot simply abandon Washington in its actions against Moscow.

Even for Europe, India’s involvement in Russian energy is a major relief. If China takes over the Russian oil and gas industry, it will start coercing the EU by threatening to switch off Russian gas supplies to the Continent.

However, India’s control of the Russian energy sector is bound to help retain some degree of balance and undisputed flow in energy supplies.

New Delhi is therefore defusing Beijing’s plans of a hostile takeover in Russia. And this is good news for the entire world.