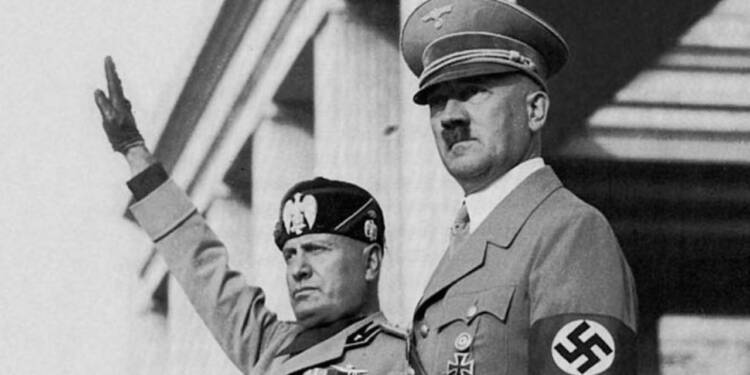 Currently, Ukraine and Russia are at odds. However, a recent remark by Russian Foreign Minister Sergei Lavrov has aroused worldwide debate, particularly in Israel. The minister stated that he could be mistaken, but Adolf Hitler was Jewish.

Hinting that the controversial leader had Jewish ancestors, The Russian Foreign Minister cited an ancient but popular conspiracy theory from World War II, claiming that Adolf Hitler, who was known to commit war crimes against Jews while Germany was under Nazi power, had “Jewish blood.”

But what exactly is the thesis that contained terrible proof that Hitler was a Jew, who committed the worst crime in human history, the ‘Holocaust.’ How come it states that Hitler is a jew?

Let’s figure it out.

Russia’s foreign minister’s claim that Adolf Hitler was Jewish is only the latest version of a conspiracy theory exploiting a gap in the dictator’s pedigree. The foreign minister has just reignited speculation over Hitler’s paternal grandfather’s identity that has been circulating since the 1920s.

Austrian Historian, Roman Sandgruber has published the first biography of Alois Hitler i.e. Hitler’s father in which he explained the rumors that began to circulate in the 1920s when Adolf Hitler was on the verge of becoming a dictator. In the book, it has been stated that Alois was an illegitimate kid whose father was unknown.

As per the book, The theory gained a lot of traction among Hitler’s opponents. The memoirs of Nazi war criminal Hans Frank, Hitler’s lawyer who also administered occupied Poland throughout the war, carried the research on it. Frank claimed in his memoirs, published after his 1946 execution for war crimes, that he had covertly studied Hitler’s origins at Hitler’s request.

As per Frank, Hitler’s Grandmother used to work as a cook in Jewish Home. Frank claimed that Hitler told him that his grandmother had deceived the owner Jewish man into believing he was the father of his Alois in order to extort money from him. However, historians do not believe this claim because there is not enough evidence.

It is also thought that some Nazis spread this belief themselves ‘in an attempt to explain their defeat in World War II’. There are also claims that Hitler’s persecution of Jews was motivated by emotions of guilt about his Jewish origin.

What is the Truth?

The final fact is that none of this has any historical backing, and the truth will always be a mystery.

As previously said, historians are hesitant of discussing this theory because it is a disputed matter.

Furthermore, Sangruber noted that there is no substantial proof to back up Frank’s claims. One issue is that Jews did not have the right to live in Graz at the time in question.

For now, Yair Lapid, Israel’s foreign minister has stated that Lavrov’s comments are unforgivable and outrageous, as well as a terrible historical error. “In the Holocaust, Jews did not murder themselves, it was Hitler who did it”