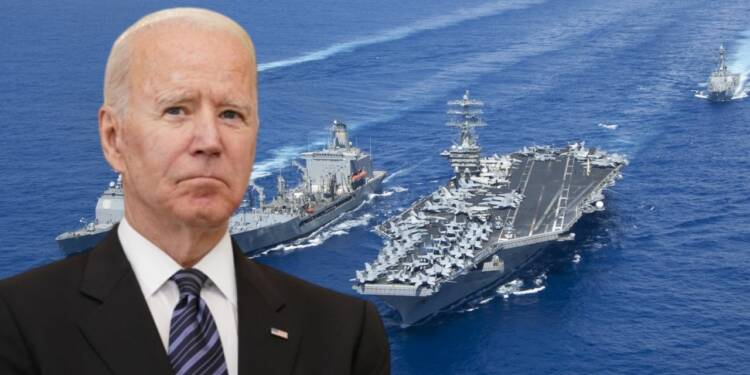 When it comes to countering China’s aggression in the Indo-Pacific area, the US appears unprepared.  This is something that the Department of Defense of the United States is asserting. It believes the military in Asia lacks adequate logistics capacity in the event of a military war in the region.

The Pentagon’s assessment was included in the long-term program planning document for the US Pacific Deterrence Initiative (PDI), which was delivered to Congress by mid-April, has a sense of urgency.

“Current theatre logistics posture and capability to sustain the force are inadequate to support operations specifically in a contested environment,” the document says.

Last year, US Defence Secretary Llyod Austin told American lawmakers that Beijing’s “aggressive behavior” in the Indo-Pacific could spark a “crisis” in the strategically vital region.

He said, “As we look at some of the aggressive behavior that we have witnessed from China in the Indo-Pacific, I’m concerned about something that could happen that could spark a crisis”.

Despite being aware of the possible outbreak of the crisis not much has been done to counter the Chinese threat in the region. China has been aggressively under its expansionist policy and is continuously increasing its hold in the region. Earlier this year it militarized three islands in the South China Sea and later it signed a security pact with the Solomon Islands.

Read more: Australia could finally break its silence by dampening China’s dream in the Solomon Islands

Amid this, the incapability of the US to counter China is of great concern to its allies in the region, especially to Japan which is already skeptical of the US’s help if and when needed to counter China’s threat. At this critical juncture, the Biden administration may seek to further complicate security dynamics for Japan by withdrawing a major chunk of its strategic assets and troops currently deployed in Japan’s Okinawa prefecture.

According to a report by Nikkei Asia, the U.S. is keen to deploy its Indo-Pacific military presence far and wide rather than keep it concentrated at a handful of bases as it seeks to protect itself from China’s advanced missile capabilities. This is especially bad news for countries like Japan, where the U.S. has a large, concentrated mass of troops.

Read more: Japan is going all in to jack up its military and fight China with or without the US

This expansion when already the military logistics capacity is limited in the region can turn into another disastrous move for Biden. Also, in a frustrated tone, Marine Corps Commandant David Berger said on a visit to Australia last month, “Logistics, logistics, logistics,” when asked about the lessons from Russia’s invasion of Ukraine. “That is the limiting factor. That’s the driving factor in how far and how fast you can go. It can’t be the last thing that you plan.”

However, the so-called US allies must understand that counting on US military backing during a crisis would be foolish, given the US’s recent mingling with China.

Therefore, the countries in the region must recognize the importance of being self-sufficient when it comes to the security of their sovereignty in the region.