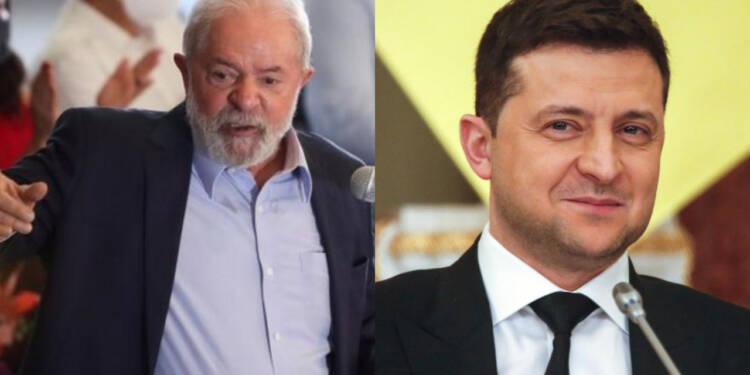 Election season is underway in Brazil. Brazilian President Jair Bolsonaro is seeking a second term despite continuous backlash due to the pandemic and Amazon wildfires. The decline in Jair Bolsonaro’s popularity has ignited a hope amongst liberals that former President and opposition leader, Lula Da Silva might stage a comeback.

However, it was reported recently that Bolsonaro is fast closing in on Silva and he has managed to shore up his approval ratings among his voters over the last few days. This isn’t good news for Lula. Bolsonaro is playing smartly when it comes to siding with West. The President has not condemned the Russian invasion of Ukraine and in his recent campaigns, has actively expressed neutrality on the matter.

It seems that pro-Russia sentiments in Brazil are so high that even leftist leader Lula Da Silva is now being forced to take a strong stance on Ukraine and blame NATO for it, which contradicts Lula’s previous statements on this crisis.

Brazil’s Presidential candidate Luiz Inácio Lula da Silva has taken a U-turn on Russia-Ukraine War. Earlier, he was seen taking a Pro-Ukraine stance, but now he has attacked the USA and Ukraine for dragging Russia into the war.

Lula has said that Ukraine’s Volodymyr Zelensky shares part of the blame for Russia’s invasion of his country as he failed in negotiations with Moscow. In addition, he stated that Zelensky should have kept NATO or EU negotiations aside for a while and called Putin for discussions.

He also mocked Zelensky by saying, “We should be having a serious conversation. Ok, you were a nice comedian. But let us not make war for you to show up on TV.”

In addition, Lula also took a shot at the United States for failing to prevent the war in Eastern Europe. Lula said that “The United States has a lot of political clout. And Biden could have avoided war, not incited it.”

He further stated that Joe Biden could have taken a plane to Moscow to talk to Vladimir Putin as that is what leaders do. The Russian president had spent months deploying troops along the Ukraine border before launching an invasion.

Lula Da Silva also lashed out at Western sanctions and labeled them useless against Russia. Furthermore, these sanctions are only making things worse as they have yielded repercussions for the entire world. Silva said that the sanctions on Russia are punishing mankind.

Read More: Lloyd Austin puts every American life at risk by admitting the US is officially a party to the Russia-Ukraine war

Lula Da Silva is currently the front-runner in the Presidential race. But, the Russia-Ukraine war seems to have jolted the politics of the country. It can be stated that Bolsonaro’s ‘7 point jump’ in Brazilian Spectrum is due to his neutral approach towards the war.

Lula and his party emerged as vocal critics of Russia when the war started. But, seeing the situation on the ground, Lula has probably started maneuvering to cater to the masses in Brazil.

Read More: Bolsonaro was a right-wing messiah for Brazil. He has turned out to be a colossal failure

These statements by Lula Da Silva indicate that Brazilians are not against Russia and they favour peace above war in the region. That’s why even leftist leader like Lula has now very conveniently changed his stance on the Ukraine crisis to avoid getting flanked by pro-Russia voters.

With the elections due on 2nd October, the contest is definitely going to be tight as Bolsonaro has started recovering from the horrors of the pandemic.