The Russia-Ukraine war: The worst mistake Israel can make 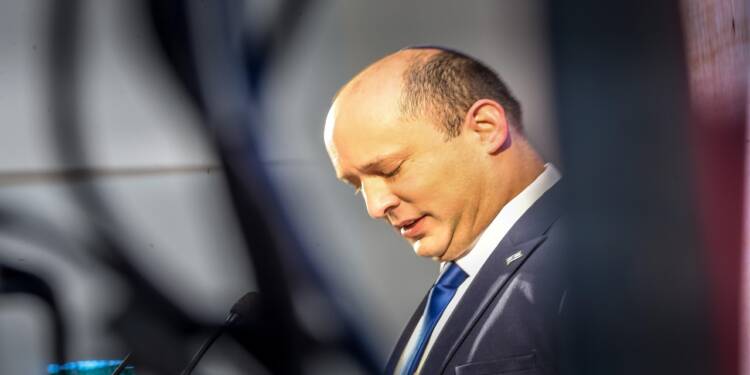 Since the onset of the Russia-Ukraine conflict, Israel has been siding with Russia hence completely ignoring its eternal ally, the US. Israel has been avoiding condemning Russian President Putin and has also been reluctant to provide arms and ammunition to Ukraine. Though Israel provided humanitarian aid to Ukraine during the initial invasion, it later refrained from offering military aid or adopting Western sanctions.

The US has been increasing its pressure on Israel in recent months, attempting to force it to align with its position in the Russia-Ukraine war. But if Israel does so, it could be the worst mistake Israel could ever make.

But why is this the case? The truth is that it would jeopardize all of Israel’s efforts to resist Iran, its perennial foe in the area.

Let us delve first more into the present equation of relations between Russia and Israel. For Israel, Russia is an important ally to counter Israel’s threat in the region— Iran. To counter Iran-backed Hezbollah’s presence in Syria, Russia is of utmost importance to Israel. Hezbollah’s presence in Israel’s bordering region of Syria poses a security risk because Hezbollah fighters have developed battlefield experience in Syria and have acquired a large amount of precision-guided missiles.

To counter Hezbollah’s presence, Israel has negotiated an understanding with the Russian military that enables Israeli forces to deconflict (under the de-conflicting mechanism) with Russian forces and strike Iranian targets in Syria. Israel views the Russian presence there as a check on Iran’s influence and therefore important protection for Israeli security.

Read more: Saudi Arabia is burning and it has everything to do with disgruntled Joe Biden

Biden has been the reason for Israel’s anxiety

Furthermore, Israel has been concerned since Joe Biden mentioned renegotiating the JCOPA agreement with Iran. Israel is concerned that this will reawaken the dragon in the area, giving Iran a boost in its nuclear ambitions. A nuclear-armed Iran poses an existential threat to Israel.

Also, Iran does not recognize Israel and its officials frequently express the notion that it will soon vanish. In any case, a nuclear-armed Iran poses a serious threat to regional stability.

As a result, Israel feels that the emerging agreement will almost certainly lead to more violence and turbulence in the Middle East.

Therefore, to counter Iran in the region, Israel for sure needs Russia. And this has been the main factor in Israel’s official reluctance to criticize Putin harshly amid the Russia-Ukraine conflict.

And now, as Biden presses Israel to take a harsher anti-Russia attitude, Israel should ideally oppose the pressure, as this would undoubtedly destabilize the region and put Israel’s security at risk.

Furthermore, Israel defying US pressure will send a clear message to Biden that it is not a puppet state willing to jeopardize its security to back Biden’s desperate attempt to isolate Russia.

Nonetheless, if Israel continues to defy Biden’s insistence, the “iron-clad” relationship between the US and Israel will deteriorate.