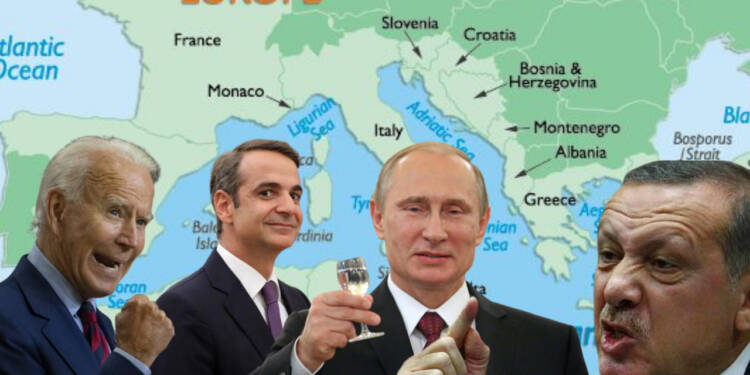 After years of stalemate in strategic cooperation between Turkey and the United States, the tides are finally turning. Ankara’s recent stance on the Russian crisis has turned the tables upside down.

For instance, the US, for so long, was dragging its feet on the proposed sale of F-16 fighter jets to Turkey. However, after Turkey took a strong stance on the Russia-Ukraine crisis and helped the US alienate Russia in the Black Sea, an ensuing reward from the US became imminent.

US goes cordial with Turkey

It is reported that several US lawmakers in Congress have expressed their willingness to reward Turkey with the prized F-16 fighter jets, a decision that would have hardly seen the light of the day before the Russia-Ukraine war.

It is the same US that once raged in disgust against Turkey for inking a deal with Russia for the acquisition of the S-400 missile defence system. However, Turkey never paid heed to these warnings from US in order to bolster its defences.

But that’s not all! There is something more into the story than what appears. The US has other reasons as well to consider selling fighter jets to Turkey.

Turkey has enacted its role as a mediator in the Ukraine crisis to a level that was beyond satisfactory. The mindful act from Ankara received its share of plaudits from the west and other European superpowers. Even if it dithered Putin to some extent, the strategic cooperation between the two countries remained in the safe zone.

With repeated attempts for acquiring F-35 jets getting snubbed at the hands of the Biden administration, the US anticipated Ankara to tilt towards Moscow for military dependence.

Even though Erdogan fashioned himself as a small-time messiah for Ukraine with the blockade of the Russian navy through the Turkish straits, Ankara was far from breaking away from the Kremlin.

So, by providing Turkey with much sought-after F-16 fighter jets, the US wants to slash Turkey’s security dependence on Russia. This way, it will become easier for Washington DC to further lure Ankara into its anti-Russia manoeuvres in the region.

Read more: Turkey is in such a bad shape that it is actually buying a Made in Pakistan fighter jet

What is it for Greece to gain?

The move by the US is sure to reaffirm strategic ties between the US and Turkey, but here’s a big catch. Washington’s efforts to arm Turkey with deadly weaponry are sure to receive condemnation from its neighbouring rivals such as Greece and Cyprus. It may eventually drag the US into further chaos.

Greece and Cyprus are active members of the EU. Moreover, they share bitter ties with Turkey. Turkey has never recognized Cyprus and still occupies the northern part of the country which they refer to as the Turkish Republic of Northern Cyprus(TRNC). Numerous diplomatic efforts with Ankara went into the drain and Turkish offence on Cyprus-claimed territory continues to date.

When it comes to Athens, the flare-up with Turkey has turned out to be a common song. The latest spats between these two countries saw a maritime dispute over the contentious east Aegean islands.

Adding to the list, the migrant crisis and the infamous makeover of Hagia Sophia into a mosque are some issues that bulk larger over the bilateral ties. The military might that turkey displays on the Greek border has left Athens with no answers and the current US move to send F-16 is sure to set the alarm bells ringing in Athens.

Stunned by USA’s moves to arm and embolden Turkey, Greece may find it convenient to side with Russia and explore strategic and security ties with the Kremlin. Athens has stood strong against the Russian actions in Ukraine but when it comes to countering Turkey, they may very well find a friend in Vladimir Putin. Similarly, Cyprus could also feel emboldened to align its security policy with Russia and move away from Europe.

These two nations are already sidestepping NATO and Europe to impose heavy sanctions on Russia. Cyprus has also objected to the proposed oil embargo on Russia by Brussels. You see, there is no dearth of pro-Russia sentiments in these nations as of today. And with this move by the US to provide Turkey with F-16 jets, the pro-Russia sentiments in these European nations are bound to go up.

A divided Europe and a stronger Russia; that is what will be the end result of USA’s reckless campaign to arm Turkey. Russia will be thrilled at this development but this is indeed a tragic development for Europe.