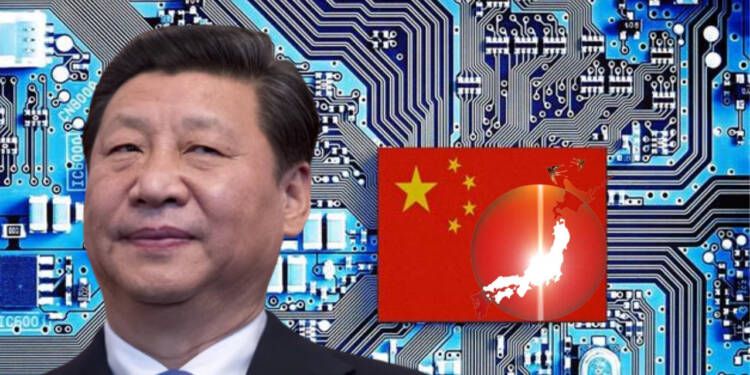 Semi-conductors/ Chips are used in manufacturing everything. From defence systems to mobile phones, they are ubiquitous in all electronic appliances. From the internet of things (IoT), and wireless communications (5G) to Artificial Intelligence (AI); everything requires highly advanced semiconductor devices.

For China, its poor semiconductor industry is its biggest Achilles’ heel. China lacks the talent to produce chips at home! China currently imports most of its chips from US, Taiwan and South Korea.

China is a big-time importer of semiconductors and has been relying excessively on foreign manufacturers, especially South Korea and Taiwan for its supplies. But, the pandemic-induced scarcity of these chips and the recent US-China trade war have made Beijing realize that it needs to provide muscles to its domestic semiconductor industry to shore up the domestic production.

Therefore, Chinese firms are now pushing to create a local industry to reduce their reliance on imports. China has been lavishing easy loans on Chinese startups for taking up the task of semiconductor manufacturing.

But later it was revealed that this reckless investment in futile and non-promising startups by local governments led to the creation of multiple Non-Performing Assets that weighed down the development of the Chinese chip industry.

It was revealed that many of these firms and start-ups had no technological basis, no prior experience, and no related human resources to become China’s chip champions.

Read more: The ambitious microchip push of Xi Jinping ends up as a billion dollars misadventure

The Japanese Chip industry is vulnerable to China

Nevertheless, Chinese companies have also been accused of poaching the Chip talent of Taiwan by enticing their engineers with high salaries. And now, China seems to be eyeing small chip designing units of big Japanese industries.

Make no mistake, Japanese companies have a global share of 13%-14% in analog chips and 25% in discrete semiconductors. Most of these operations are small-scale divisions of big manufacturers which means that they are still small in size and lack the governmental support for expansion. The chip industry in Japan is scattered.

They face hurdles in expanding Research & Development capacity and production levels. So, it won’t be very difficult for China to stage a hostile takeover of these scattered chip units. These concerns are now also echoed by top Japanese government officials. “Chinese companies see them as potential acquisition targets,” a Japanese government source confirmed.

The fear is pretty obvious as China can go to any lengths to become the king of chip designing. Since the Japanese targets are small and lack uniformity, China can easily usurp them.

Therefore, we can say that in order to become the world’s largest chip manufacturer, China will leave no stone unturned. The Japanese government needs to help the companies in expanding Research & Development and help facilitate mergers & acquisitions of these smaller units of big companies.