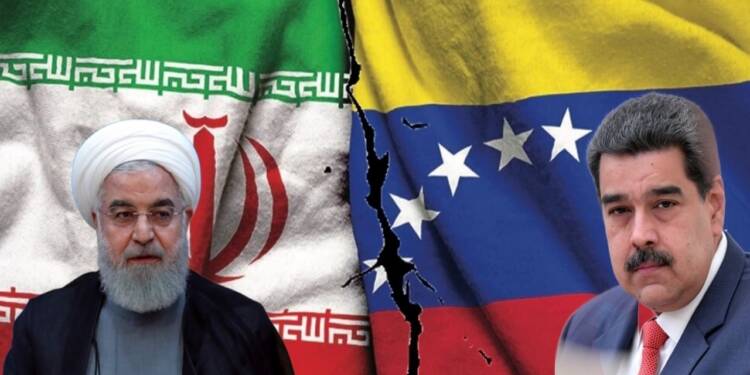 Iran and Venezuela have had a friendly relationship for quite some time now. The fact that they have both been under US sanctions for a long time has been the most essential aspect of their bonding. However, when the Venezuelan oil minister met his Iranian colleague recently, both had an embarrassing moment. “Down with the USA,” shouted the Iranian minister, but the Venezuelan minister abruptly added, “don’t say that.”

But why didn’t the Venezuelan minister follow his long-time buddy in criticizing the United States? The answer lies in the current situation, in which the United States desperately needs oil and Venezuela sees it as a perfect opportunity to meet those requirements.

Iran and Venezuela are friends in need

Let us first analyze the Iran and Venezuela relations. Collaboration on oil evolved between Iran and Venezuela in the 1960s, when the Shah was still in power and Venezuela was a nascent democracy. These two nations were the founding members of the Organization of Petroleum Exporting Countries, together with Iraq, Kuwait, and Saudi Arabia, in 1960.

The two countries did sign six agreements in the fields of business, finance, technology, and science in June 2015. The Iran_Venezuela relations saw ups and downs until they improved significantly after the US re-imposed sanctions on Iran in November 2018 and sanctions on Venezuela later in 2019. To counteract the consequences of US sanctions, both traded and coordinated. Venezuela buys condensate from Iran, which is essential for diluting its extra-thick crude. Iran has also offered engineers, refined goods, and replacement parts for its oil industry to its South American ally.

The US’s sanctions strengthened the ties between Iran and Venezuela

To further counter the impacts of the US sanctions, Tehran and Caracas increased cooperation in the oil and gas sector in 2020. Recently, Venezuela reported that it has received components from Iran to assist restart the Cardon refinery, which has the capacity to produce 310,000 barrels of gasoline per day.

Read more:  Biden is ready to legitimize Maduro – the illegal dictator of Venezuela

Previously, the US foreign direct investment in Venezuela was mostly concentrated in the petroleum sector, but sanctions along with a terrible business environment, have drastically curtailed this investment. And now, as the US imposed sanctions on the Russian oil and gas amid the Russia-Ukraine conflict, the Us desperately needs to fill the void. And Venezuela sees this as a great opportunity.

Venezuela is an oil-rich country. In the absence of Russia, Venezuela has a great chance of becoming an alternate energy supply for the United States. Senior White House officials met with Maduro’s leadership in Venezuela on March 5, 2022, in the first such trip in well over 20 years, presumably to meet the US’s oil demands. As a result, Venezuela sees this as a chance to strengthen its ties with the United States. Venezuela is willing to jeopardize its relations with Iran in order to achieve this.