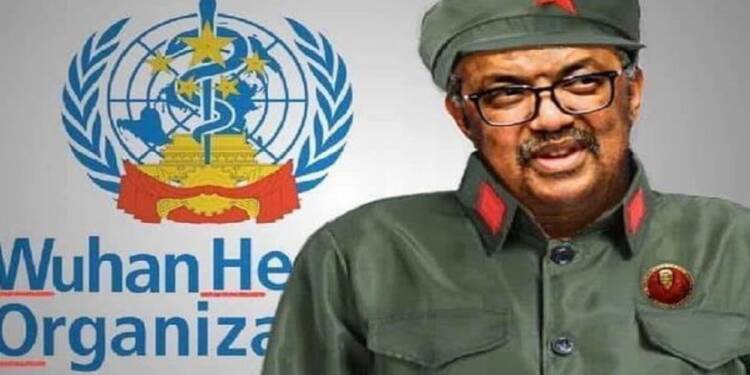 Long accused of toeing China’s line in the World Health Organization (WHO), Tedros Adhanom recently came into the crosshairs of the Chinese government. The WHO chief recently criticized China’s zero-tolerance Covid policy, calling it utterly unsustainable.

“We don’t think that it is sustainable considering the behaviour of the virus and what we now anticipate in the future,” WHO Director-General Tedros Adhanom Ghebreyesus told in a media briefing. “We have discussed this issue with Chinese experts. And we indicated that the approach will not be sustainable… I think a shift would be very important.”

Now, this statement from the top WHO official created quite a sandstorm in China. The WHO’s official press page on China’s Twitter-like Weibo published Tedros’ statements on China’s covid policy, and soon it got wildly popular among Chinese netizens. Chinese users critical of their government’s handling of the pandemic began mocking the Xi administration citing the remarks by the WHO chief.

One user wrote, “Will our government listen to the WHO director general’s recommendations?” Another user wrote, “even the WHO’s Tedros has now changed his stance.” This made complete sense since the WHO chief has spent the last two years engaging in dalliance with the Chinese government.

However, Weibo was quick to act. Soon, the statements published by WHO’s official page were taken down. WeChat followed the suit and banned all articles on its platform featuring Tedros’ remarks. WeChat claimed that the articles violated “relevant laws and regulations” laid down by the Chinese government.

Why is the Chinese government so sensitive about its Zero Covid Policy?

The sense of urgency shown by Chinese censors here was quite understandable, given the Xi administration’s unrelenting emphasis on the strategy to contain the wild spread of the pandemic. The Xi administration has presented its Zero Covid Policy as the only viable solution to deal with the pandemic. So, it’s utterly intolerable for CCP to see its much-touted policy on Covid getting publicly chastised on a popular Chinese platform like Weibo.

Last week, CNN reported that Xi Jinping had himself issued the strongest warning yet against anyone who questions the country’s zero-Covid policy. At a meeting chaired by Xi on Thursday, the ruling Communist Party’s supreme Politburo Standing Committee vowed to “unswervingly adhere to the general policy of ‘dynamic zero-Covid,’ and resolutely fight against any words and acts that distort, doubt or deny our country’s epidemic prevention policies.”

The covid pandemic is wreaking havoc on the nation as Bloomberg reported that around 373 million Chinese citizens living in 45 cities are now under full or partial lockdown. The cities under lockdown make up around 40% of China’s Gross Domestic Product (GDP). Moreover, lockdowns of lesser intensity have also been introduced in other cities as well, thus affecting 70% of China’s GDP in total.

Thus, the out-of-control spread of the pandemic has taken the Chinese economy for a ride, which was already in shambles following the onset of the property crisis. So, the political opposition in China against Xi’s Covid policy is now heating up. Express News of the UK reported that Hu Xijin, the former chief editor of the CCP’s mouthpiece Global Times, publicly expressed his displeasure over China’s Zero tolerance.

He urged China’s leader to “tell the truth” in the bombshell post, which now stands deleted. Hu suggested that the economic costs of containing the virus should not be sacrificed for the public-health benefits.

This shows the levels of political pressure the CCP is currently facing over the Zero Covid policy. And amid this crisis, the CCP obviously didn’t like the WHO’s “uncalled for” remarks. This was bound to send shockwaves across China and it actually did.