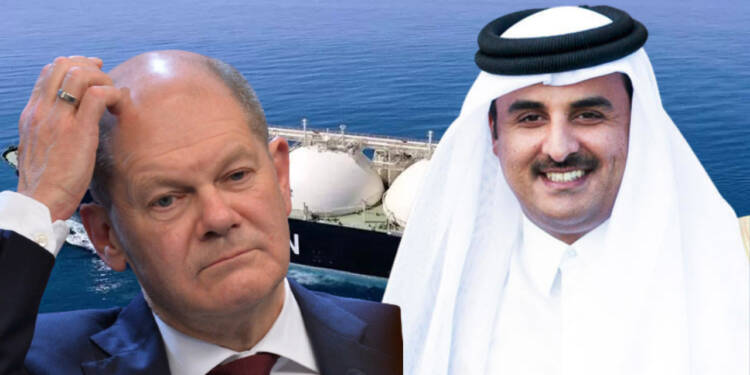 Germany is set aback as Qatar has recently pressed for various conditions that could affect the Qatar-Germany LNG deal. Nonetheless, in response to Russia’s invasion of Ukraine, Germany became one of the first European countries to press for sanctions on Russia. Germany has stated that it will no longer buy Russian gas after 2024. Germany is now looking into Russian gas alternatives.

In this backdrop, Germany and Qatar signed a contract for the delivery of liquefied natural gas (LNG) in March, which would help the European country wean itself off its reliance on Russian energy. However, Qatar has recently imposed certain conditions, implying that the LNG contract with Germany is set to be scrapped.

Nevertheless, Qatar and Germany have disagreed over the following conditions.

Germany will not find a feasible option to replace Russian gas

The foregoing circumstances might bring the gas talks between Qatar and Germany to a close.

Also, Germany has been trying to wean its dependence on Russian gas by aiming to build two liquefied natural gas (LNG) terminals in a speedy two years. But this, too, has its limitations.

For example, due to a lack of political will and the prevalence of red tape in the bureaucratic process of developing these terminals, completing the project in two years is nearly impossible.

Regardless, even if Germany successfully completes the project, it will be unable to compete with Russia’s lower gas costs.

Nonetheless, Russian gas has been used to heat homes, power companies, cook food, and light streets throughout Germany for the past 50 years. Germany has been one of the top importers of Russian gas among European countries. Also, despite numerous protests from economics and environmentalists, the grandiose Nord Stream 2 project was completed last year. The project’s goal is to transport Russian gas to Germany via an undersea pipeline.

However, given Russia’s conflict with Ukraine, the prospects of it being put into action are essentially nil, as European nations seek to reduce their reliance on Russian gas.

But, because Germany and the rest of Europe are so reliant on Russian gas, shifting Germany’s reliance to any XYZ nation is nearly difficult. For one thing, Germany would have a tough time obtaining gas at the lower costs offered by Russia. Two, a new gas partner was unable to ensure the security of its gas supplies. As a result, Germany must reconsider its position before breaking up with Russia.