Meet the next Chinese President, a friend-turned-foe of Xi Jinping 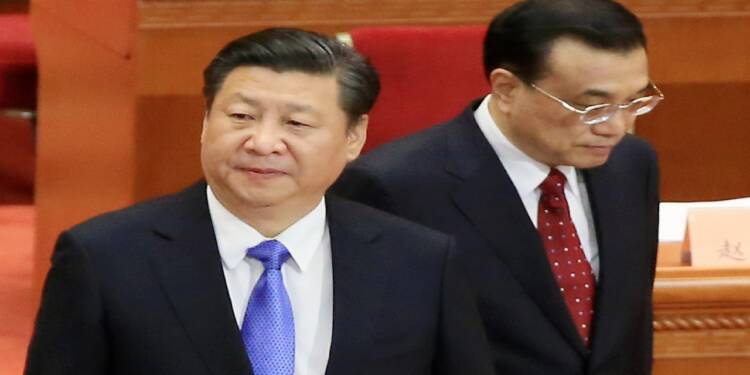 Li Keqiang, previously a close ally of Xi Jinping, now appears to be threatening Xi Jinping’s third term as President in the 2019 elections. Li Keqiang is capturing the hearts of the Chinese people by implementing constructive reforms that will benefit the entire economy. As a result, Li Keqiang has a very good chance of becoming China’s next president.

Xi Jinping is the root cause of the slumping Chinses economy

Nonetheless, Xi Jinping’s actions during the previous 2-to to 3 years have hurt the Chinese economy and, of course, the Chinese people. Many of his recent incomprehensible moves may come back to haunt him in the forthcoming presidential elections.

For instance, towards the end of 2020, Chinese despot Xi Jinping initiated a bloody carnage in his country’s tech sector. The tech sector had grown very powerful by 2020, with Alibaba founder Jack Ma openly criticizing the CCP’s redundant financial regulations. Xi Jinping was quick to initiate a technological massacre, and soon, Chinese tech companies found trillions of dollars of their wealth evaporating in thin air.

The Chinese communist party has piled regulatory burdens on high-profit businesses ranging from big tech to real estate. President Xi Jinping’s campaign to stop the “disorderly spread of capital” and “private enterprises’ monopolistic and unfair competitive behavior” has included this government-backed crackdown. As a result of the crackdown, private companies were forced to lay off large numbers of people.

Also, Jinping’s failed “Zero-COVID” policy has created havoc in China. For more than 20 months, Xi has stayed deeply obsessed with its containment policy which is described as a zero-COVID strategy. In fact, the zero-COVID strategy and keeping people unexposed to the virus hasn’t actually helped China achieve anything. Ultimately, that led to the dampening of the Chinese economy further.

Li Keqiang is the savior of the Chinese economy

Against this backdrop, China’s second most powerful person, the Chinese premier, Li Keqiang, has emerged as a messiah for the Chinese people and private techs in the Chinese mainland. Mr. Li is re-emerging as a force in his own right, a potential counterbalance atop the Chinese government.

Lately, he has been pushing for a few policies that are assisting the Chinese economy in overcoming the slowdown. Mr. Li has been assisting in pressuring Xi Jinping, to reverse several policies that pushed the country away from Western-style capitalism and contributed to the country’s economic slump.

Mr. Li is also attempting to relax a regulatory assault on private technology firms, as well as loosening loans to property developers and house purchasers, and assisting certain manufacturing in resuming output after Mr. Xi’s zero-Covid approach forced much of China into lockdowns.

He’s also a big promoter of e-commerce platforms like Alibaba, which Xi has been hitting hard lately.

Nevertheless, Mr. Li’s close ties to the Communist Youth League also make him a popular candidate among the country’s youth for the next president. With all of these efforts and factors, Mr. Li has a good chance of becoming China’s next president.