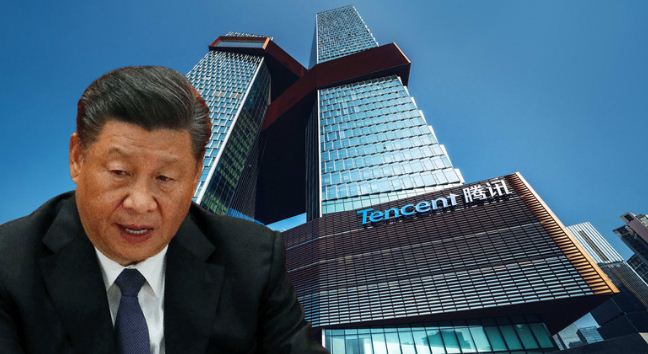 Chinese companies are laying off tens of thousands of workers as Beijing’s regulatory clampdowns weigh on the technology, education and property sectors. These were the sectors that offered higher salaries than other industries and helped drive economic growth.

In 2021, China’s crackdown on private enterprises led to the loss of a whopping $1 trillion market valuation from China’s stock exchanges. This came as a consequence of the Chinese government laying down stricter regulations to keep a check on these private companies.

From big tech to real estate, the Chinese communist party is piling up the regulatory burden on the high-profit industries. This government-backed crackdown has been integral to President Xi Jinping’s campaign to curb the “disorderly expansion of capital” in a bid to deal with “private companies’ monopolistic and unfair competition behaviours”.

Jinping’s crackdown on tech companies last year is now taking a heavy toll upon his administration. In what seems like a retaliatory move, these private firms are advancing their lay off agenda as a part of their cost-cutting mechanism, thus creating a job crisis in China of epic proportions.

China’s tech sector has been one of the strongest job-creating sectors in the world’s second-largest economy over the past decade but is now laden with stories about economic crises and mass layoffs. These mass layoffs have led to a job crisis of an epic proportion in China. Although the Chinese government claims to have a stable unemployment rate, no official records are backing this. Private surveys, however, give a different picture and claim that the economy is facing massive job loss.

According to Lagou, one of China’s largest tech recruitment websites, 2.76 million tech employees marked their status on the platform as “left the job” in March — 260,000 more than in December and about 60,000 more than the same month last year. Most of the job losses were concentrated in major cities such as Beijing, Shenzhen, Guangzhou, and Shanghai, Lagou added.

Recently, Reuters reported that Alibaba and Tencent, two major private tech giants were preparing to cut tens of thousands of jobs combined. Alibaba could cut more than 15% of its total workforce this year, or about 39,000 workers. On the other hand, Tencent might shed between 10% and 15% of its staff in some key units, Reuters said, citing anonymous sources with knowledge of the company’s plans.

The resulting huge unemployment rate is adding further pressure on the nation’s weak jobs sector. This is of great concern to the young urban population. In Chinese cities, the unemployment rate among 16- to 24-year-olds is three times as high as the overall national average of 5.1 per cent.

This can create trouble for the Chinese economy, which already faces new challenges from the west amid the Russia-Ukraine conflict. Also, Covid-19 revealed the excessive dependence on China in the global supply chains and now nations are trying to diversify their economic relationships to keep their supply chains intact. This move can further undo china’s past economic gains.

But this lingering economic trouble can cost Jinping a fortune as the presidential elections are due this year. The factions in the Chinese Communist party are already looking out for an opportunity to oust Xi Jinping. Hence the fear seems to be real for the Chinese President and it appears that these private firms are laying off on purpose to wreak havoc on Xi Jinping’s political career.

Also read: The US and Europe are shamelessly making China sanctions-proof