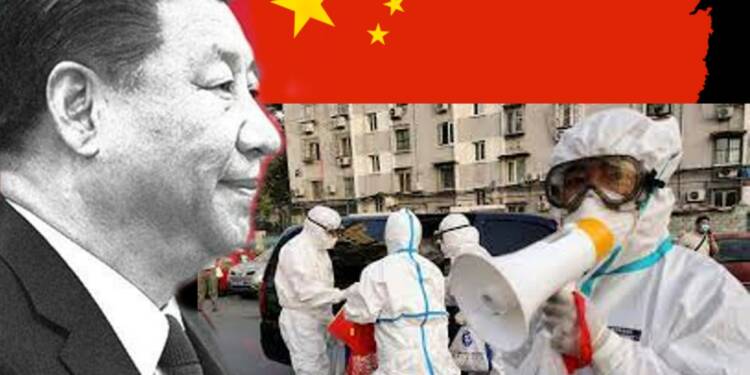 The city of Shanghai in China has turned into a battlefield. The Omicron variant of COVID-19 has grappled the city and the Chinese government is on a locking spree with 25 million citizens isolated in their respective places as the government tries to control the most severe coronavirus outbreak the country has experienced since the Wuhan outbreak in early 2020.

Shanghai has reported more than 13,000 daily Covid cases. The Chinese Government announced the deployment of soldiers and military personnel to Shanghai to assist in the mandatory screening of all 25 million citizens. Around 2,000 military medics have arrived in the city to help medical teams.

Military intervention is China’s typical pandemic response. The city has turned into a battlefield against the virus. But the Chinese Government is hell-bent on harming its own citizen’s interests for their gains.

What is happening in China?

Since January, the omicron variant has been raging in China. Wuhan was, again, the first city in the Omicron wave to get affected. Chinese President Xi Jinping ordered more than two-thirds of the provinces to initiate lockdowns, turning major industrial cities such as Xi’an, Shenyang, Shenzhen, and Shanghai into ghost towns.

China’s zero Covid policy is primarily responsible for impacting the livelihoods of its citizens. The policy includes new measures for “on-spot testing and quarantine,” which means whenever a case is found, the premises where the person lives are locked down and all in the vicinity go tested and isolated.

The lockdowns and mandatory testing have made ordinary citizens’ lives even harder. As happened in December and January, in the Xi’an lockdown national outrage followed with essential commodities shortages.

The toll on World Economy and Xi’s Image

China’s economy is also in the same condition as the lives of its citizen. As per World Bank, China’s economy is expected to grow by 5 percent this year, down from a previous estimate of 5.4 percent. But the growth could even go down to 4 percent if conditions worsened and government policy responses are weak.

This lockdown can particularly get costly for the world’s second-largest economy as Shanghai is a major part of the Chinese financial sector, Shanghai is a hub for semiconductor, electronics, and car manufacturing. It is also the world’s busiest shipping port. Companies like Tesla have their bases in this city.

Whereas, the Chinese Communist Party and Xi-Jinping’s image have taken a toll due to their ‘zero Covid policy’. Recently, Diplomats from more than 30 countries have written to the Chinese foreign ministry urging authorities not to take such a step.

“We request that under no circumstances should parents and children be separated,” said a letter which was written by the French consulate in Shanghai that was addressed to the foreign affairs office of Shanghai.

But it is unlikely that China would ease these extreme lockdowns before the Communist Party National Congress. The Congress is a major political event ushering in top-level leadership changes. The CCP leader is trying hard to tune its strategy to rein in job losses and restore his tarnished image. Until then, the regulations of the Zero Covid Policy will continue haunting the ordinary Chinese people.