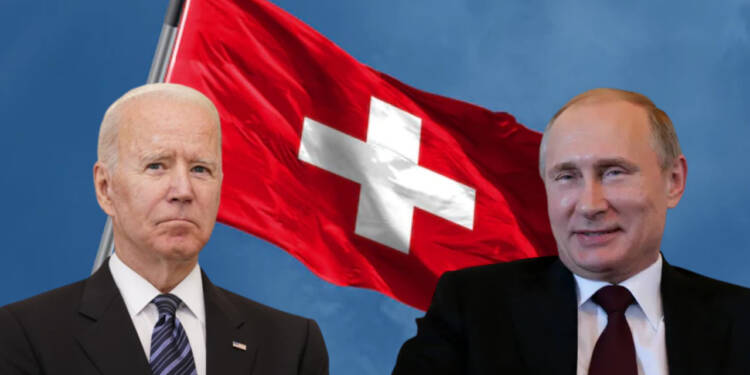 When rumors abounded about Sweden and Finland joining NATO, many pitched Switzerland to follow suit. The political landscape of Europe is in a volatile phase with many countries expressing differing views on the Ukraine war. A united coalition of European countries still being a distant dream, but the power blocs of Europe are back on track to win Switzerland.

The mountainous central European country is an enigma when it comes to diplomacy. Many European countries started to change their diplomatic tunes with Russia as the war progressed. Unlike them, Switzerland had only one policy. Indeed, the best policy. NEUTRALITY.

Many European nations supporting Russia pinned the 9th of May as the day when Putin would declare victory following the military parade. But nothing interesting happened beyond a short speech of optimism from the former KGB agent. With the war stretching along and Russia feeling vulnerability at times, many European countries felt the need to abandon its principle and join the US-led NATO force. The US betted on Switzerland to be the next Sweden, as during the cold war both Sweden and Finland were also considered neutral states. With an air of optimism around, the prospect of the Swiss joining the Washington-led military bloc almost remained certain.

Read more: “Europe for Europeans”, Switzerland pitches for removal of the US from all things Europe

The lingering doubts over the inclusion of Switzerland into the NATO bloc got answered with one policy decision from the central European country. As per reports, the Swiss government has decided to release some frozen assets of Russian oligarchs previously held up in the country. The decision stands courageous but goes against the likes of most of its European counterparts and the USA.

It is said that the Swiss bank holds up to $213 billion of Russian wealth and it was never surprising when Switzerland came under increasing pressure from Europe to identify and freeze the assets of Russian oligarchs.

While banks and asset managers can provisionally freeze funds, the officials on Thursday said funds needed to be released as they could not establish if the assets were directly owned or controlled by a sanctioned individual.

Switzerland could not simply freeze funds if it did not have “sufficient grounds”, said Bollinger, who is head of the Bilateral Economic Relations Division at the State Secretariat for Economic Affairs (SECO).

Showing no willingness for any brownie points from the west, Switzerland is wreaking havoc on the western cabal with every diplomatic decision concerning Russia. The US Helsinki Commission, overlooking the security cooperation in Europe, even went far in terming “Switzerland as an enabler of dictator Putin and his cronies.”

Upsetting a US-led bloc and other European superpowers may not sound prudent for many European countries. Switzerland is no newbie when it comes to this. The nation didn’t send weapons to Ukraine and blocked a German request to re-export arms to Kyiv.

Switzerland needs to make amends to join NATO. They need to forgo their long-held neutrality. With every policy decision of theirs, the answer is getting more and more clear at the cost of agonizing the West.

Albeit at the receiving end of blame gaming and accusations from political pundits and other European countries, Switzerland is willing to go the hard way and perfect every decision with a nonchalance that draws awe among many.