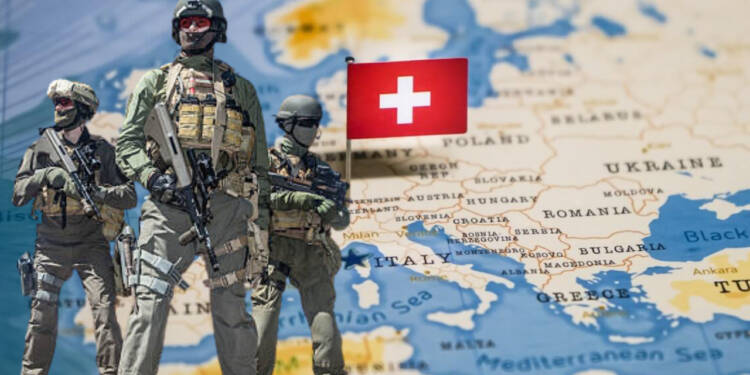 The European countries seem to be too much irritated with the US. These countries have always been pressurized by the US on one or another matter. For instance, despite these nations’ high dependency on the Russian gas and oil, they are obligated to put an embargo on Russia amidst the ongoing conflict.

Nevertheless, in a recent poll conducted in Switzerland, two-thirds of the Swiss population is opposing the US-led NATO. And also most of them want a Defense Union which is basically all of Europe minus the US.

READ MORE: France begins rolling back its sanctions on Russia

A more sovereign and independent Europe

The question is, why do these countries want an alternative to NATO now? Well, the answer lies in the role played by the US-led NATO in the recent ongoing Russia-Ukraine conflict.

Lately, many European countries have been skeptical about NATO’s role in the conflict. It has been more of a peace-breaker than a peacemaker. The US-led NATO has been more interested in countering Russia rather than helping Ukraine attain its sovereignty and retain its territorial integrity.

The Swiss people have been opposing the idea of joining NATO. A recent opinion poll showed that, while two-third of the Swiss population opposed the joining of NATO, more than half (52%) were in favor of joining a separate European Defense Union.

Switzerland is not the first country to voice this. France too has been vocal about creating a European army that will have only European members. French President Emmanuel Macron has pushed recently for an EU army as well, something similar to what the Swiss people are in favor of.

Earlier Macron had said that Europe should be able “to defend itself better alone”. As per the report, several leaders agree that the EU should have an army of up to 20,000 troops that can be deployed anywhere in the world. Proponents of the EU army say that the EU would have been able to intervene if it had an army and didn’t have to rely on the US troops.

READ MORE: Germany has been playing with Ukraine in the name of support but this act is reprehensible

It seems that Europe has understood the fact that they have always been over-reliant on the US-led NATO for its defense. Therefore the growing sentiments in Switzerland against the US-led NATO depict the dire need for a non-US-led defense alliance in the EU so that Europe’s security could be guaranteed.