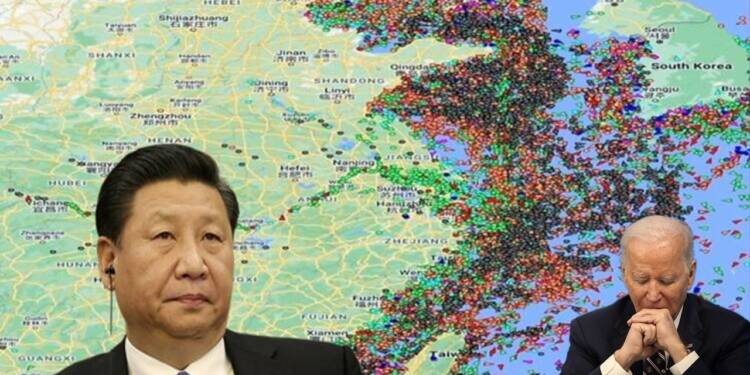 A faltering economy, diminishing Presence as the superior force, and the policy debacles in Ukraine. America is at a crossroads and they are bracing for another inflation that could see the global power going for decisions that could elicit embarrassment among many. Too late to say, it has already started.

Joe Biden has decided to drop off tariffs on Chinese imports to help fight the rising consumer prices in the US. The current decision stands in contrast to the slew of rigorous sanctions that Trump levied on Chinese goods back in his days. Biden vouched for the fact that easing Trump’s taxes on Chinese goods will bring better days for the American economy. But the extent to which this proposed move tasting success remains an unsolved equation in front of economists.

I want every American to know that I am taking inflation very seriously,” Biden said. “The first cause of inflation is a once-in-a-century pandemic. Not only did it shut down our global economy, it threw supply chains and demand completely out of whack.”

The statement should be seen as Biden’s last straw attempt to take into belief the people of America who have been further tilting away from democrats’ line of politics. With every poll conducted in recent times stating Inflation as the core issue that the people face in America, Biden needed a revolutionary exercise to upend the crisis, and he decided to toe China’s line.

There are articles in copious amounts citing how China played its delirious game in Africa. The strict imposition of mandarin to convert slaves out of the African populace are the uncomfortable truth of our time. The infamous debt-trap diplomacy that China pitched in both Africa and Latin countries recently took a change of form. The new metamorphosis saw the emergence of “ship-trap” diplomacy.

The recent tactics saw China deliberately blocking ships down its ports and thereby disrupting the global supply chain.  The sly warning was aimed at countries, especially the West, for displaying tendencies of decoupling from the Chinese economy. With the US in shatters over the present quagmire of inflation, Beijing found it convenient to catch the global power in a spot and went ahead with the ship trap diplomacy and a massive crisis that followed.

President Biden in his recent comments put a galley of the blame on the Ukraine war for America’s fast jump towards Inflation. With every act of pacifying the frustration failing badly, Biden has turned the table upside down with the current move that could empower China by large.

Read more: After using debt-trap diplomacy, China is trying to impose Mandarin in Africa but Africa will have none of it

Assessing the condition, Americans at present face a serious shortage of basic commodities and electronic gadgets of which a sizable amount comes from China. In China, there are a total of 344 ships waiting for arrival at the Port of Shanghai. Shipping something from a Chinese warehouse to an American warehouse is presently taking 74 more days than usual. Xi Jinping is known for his heinous ploys and he can unload a truck of it if he wishes to exacerbate the condition. In the short term, the US won’t be able to find a proper alternative to Chinese mass manufacturing and with inflation knocking on the door, Biden is left with no option but to put on a smiling face and go the China way.