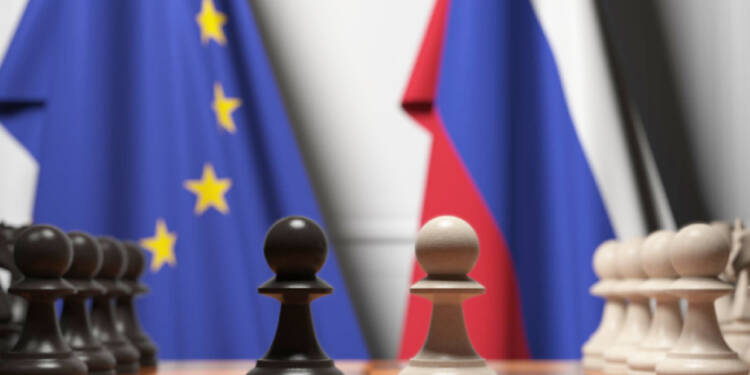 The agenda of an EU meeting that ‘secretly’ took place on Friday was to find ways to “effectively satisfy” Putin’s demands. What demands, you may ask. Putin wants all gas importers in Europe to pay in rubles.

At first, Putin’s demands seemed “impractical” to the EU. Now, they are finally relenting! The EU meeting was held to find a solution to this problem so that EU importers can continue importing Russian gas without inviting sanctions.

After this meeting, the EU commission told European governments that the gas companies could now open an account with Gazprom Bank. The account can be opened in dollars and euros. However, the guidance didn’t mention whether opening the account in rubles was prohibited or not, leaving a window of opportunity for European gas importers to exploit this gap.

Countries left divided over the proposal

Frankly speaking, the EU has split down the middle over the issue. Some are confused, and some are totally uninterested in the embargo plans altogether! Italian Prime Minister Mario Draghi said earlier this week that European companies will be able to pay for gas in rubles without breaching sanctions. Poland said that it lacks legal clarity over the matter. Others were confused by the lack of specific guidance on opening accounts in rubles. On the other hand, Germany looked excited and claimed that gas importers were thrilled at the new guidelines.

You see, slowly and steadily, the European Union has now begun slashing its sanctions on Moscow. Earlier, Switzerland had decided to unfreeze some Russian assets worth 3.4 billion Swiss Franc. Erwin Bollinger, head of the Bilateral Economic Relations Division at the State Secretariat for Economic Affairs had then said that “Switzerland could not simply freeze funds if it did not have sufficient grounds.”

Politico reported that the EU is also considering dropping plans to impose an oil embargo on Moscow. For nations like Hungary and Slovakia, Russian oil is vital to keep their economies up and running. So, Hungary this week decided to veto the EU’s proposal to ban Russian oil even after reassurances from the European Union about steady supplies.

Apart from the realization that EU can’t survive without Russian energy, Ukraine’s nauseating shenanigans are also forcing EU to water down its resistance against Russia. What Ukrainian shenanigans are we talking about? Mind the fact that the Ukrainian government earlier this week partially blocked Europe’s access to Russian gas supplies. Ukraine on Tuesday said that it would suspend operations of the Novopskov compressor station that delivers around a third of gas piped from Russia to Europe via Ukraine.

This was a huge setback for the European gas industry because Ukraine’s assistance is pivotal for its overall energy security. The Ukraine gas transit system in the Luhansk region accounts for the supply of around 32.6 million cubic meters of Russian gas every day to Europe. If the Novopskov compressor station in the Luhansk region of eastern Ukraine remains inoperative for a longer period, then we could see yet another phase of the fuel price spike in the European Continent.

It’s because of such moves by Ukraine that distrust between the EU and Kyiv is now growing rapidly. And this is music to Russia’s ears.