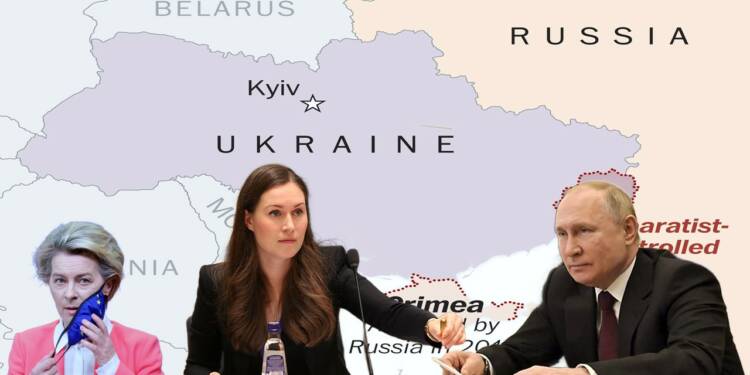 As Putin’s invasion of Ukraine gets dragged towards the 11th week, Helsinki’s’ determination to coalesce with the north Atlantic treaty organization has been reinforced by bounds. Finland’s security was teetering on the edge with the 1300km border it shares with Russia that cuts through the taiga forest and other rural areas. Since March, Finland has been rehearsing its joining of NATO but waited for neighboring Sweden to follow suit. With all the media myth of “Ukraine winning” falling to pieces, Finland has set its time and has finally placed its bid to join NATO, a tectonic shift from a country that always espoused neutrality.

Back in February, the Finland Prime Minister cleared the air with a stern statement that Helsinki will not join the Washington-led military bloc. The statement weighed significance since it was when Russian troops were massing troops on the Ukraine border. But in two months, the rampage that Russian forces are impinging on Ukraine made Helsinki go the other way as they are leaving no chance for rolling dice with Russia again. On Thursday, Finnish President Sauli Niinisto urged his country to apply for NATO membership “without delay”, with the wider government expected to formally announce its decision on Sunday.

Finland long blanketed itself in neutrality and shied away from criticizing Kremlin for whatever offensive the latter committed on the global stage. Diplomacy with Russia was always a cautionary tale for Helsinki considering the boundary it shares. Taking heed of this, it was pertinent enough for the Finns to keep Russia in good humor. Helsinki showed signs of change only after Russia got into the commanding seat in the Ukraine war, more like after March. Finland started getting vocal about its disagreement with Russia and even went far in teasing NATO about the nation’s willingness to join the military bloc.

Finland hopes that inclusion into the NATO force will invariably boost the country’s security and defense system and further the Baltic Sea region would rise and show a level of preparedness to any force that tries to jeopardize Finland’s security. The strategic shift employed by the Finns is not devoid of threat and will see dissonance with Russia mounting to an unprecedented high. Cynical yet possible is Russia boosting up its military activity on the eastern border with Finland including military drills and exercises to create further discord in an already failed relationship.

Another war in the Baltic

Reacting to Finland’s bid to join NATO, the Kremlin said: “Vladimir Putin stressed that abandoning the traditional policy of military neutrality would be a mistake since there are no threats to Finland’s security. Such a change in the country’s foreign policy may have a negative impact on Russian-Finnish relations.”

The warning was just a prelude as Russia started cutting off electricity to the Nordic country. Russian state firm RAO Nordic cut off all exports of electricity to Finland early Saturday. The government in Helsinki felt the heat and tried to ameliorate the situation but to no avail.

The people in Finland look concerned about the happenings in the policy matters which would see the Nordic nation siding up with the west. Even though a sizable majority supports the decision, contrarian voices are also emanating from all quarters citing the rebuttal that Russia is capable of. With the mediator role crumbling down to shreds, Turkey is back again to square one trying to be in the good books of the kremlin. Ankara minding the broader politics of today has vociferously opposed the inclusion of Finland into the Washington-led military bloc.

It was clear to everyone how NATO handled the Ukraine crisis. So, when it comes to Finland, it will be nothing more than a tertiary concern for NATO, should there be a Russian offensive against Finland. Russia has also given sly remarks about a possible nuclear build-up on the eastern border of Finland. If Finland is mindless about the concerns and moves ahead with the “strengthening resilience” act, the Baltic may see the repercussions in the coming days.