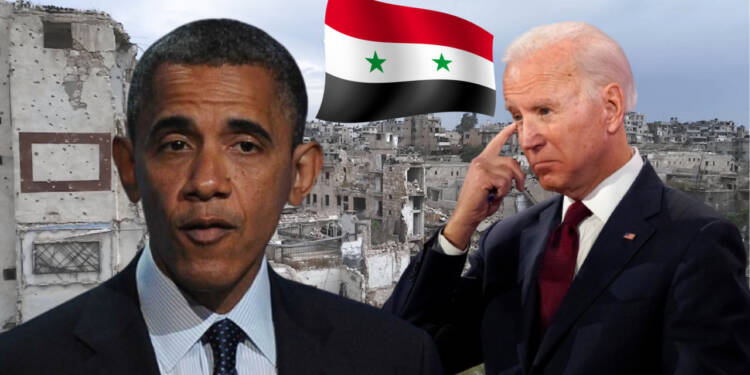 Albeit going through an approval rating that never saw numbers above 48%, Barack Obama was a beloved lot for people across all stripes in America. Many deemed him the greatest president of all time. Obama is a fantastic modern-day politician, and motivational speaker and to add up he reads and recommends books. It completes every ingredient required for the millennials and their cabals to go in awe of the most followed person on Twitter. But simply judging by foreign policy, the lasting legacy of Obama compels one to go take a revisit. It needs just one story and one city to deliver an awful death to the legacy enshrined on Barack Obama. The story of Syria and the city of Aleppo.

History is choc-full of biographies and other reportages of the ineffectuality committed by the erstwhile US presidents across the breadth of the globe. George W. Bush’s inaction in Darfur, Bill Clinton’s floundering over Rwanda, George H.W. Bush’s take on Bosnia, Jimmy Carter’s imprudence in Cambodia, Gerald Ford’s cold realism toward East Timor, or Richard Nixon’s complicity in Bangladesh, History is racked up with stories that shed a different light on the once-revered US presidents. Earnestly, the list is a mock. If the ruthlessness and inhumanity conducted by Obama on Syria didn’t make it to this list, then it is redundant like what Joe Biden is for America.

Obama’s manoeuvres in Syria saw 400,000 deaths, and the use of sarin gas and chlorine gas became rampant, while the Syrian president made overtures with Russia and Iran to make a fighting force against the US-led forces.

Obama’s administration said Syria holds zero strategic importance to the United States. The statement proved a wake-up call for countries that went salivating looking at the high energy reserves that Syria had access to. Russia jumped into the ship to replace the US domination on Syrian soil. The US backing out of Syria saw the immigrant crisis going above magnitudes like never before and eventually gave a level playing field to secessionist forces in the cities of Aleppo and Idlib.

The Islamic state sprouting out in front of the US eyes got the world thinking more about Syria’s prospects. The Islamic organization had a craving for blood-thirsty endeavors that had a bent-on radicalism more than what Al-Qaeda espoused. The ensuing days brought carnage as Obama was forced to change its policy in Syria. Obama’s focus shifted towards ISIS as Assad was left alone.

Read more: Its Obama vs Elon Musk now. And it’s going to be bloody

The American military assistance helped eradicate ISIS by large but it was too late since ISIS went running battles and did the wreckage that it wanted. The cities of Aleppo and Idlib went into shreds.  Rape and murder became the common travails for Syrians. Bashar-al-Assad got emboldened like never before and Russia did a diplomatic turnaround by backing Assad as Obama could do nothing apart from putting the Caesar act of sanctions.

It has been a frantic few months for Biden. Drubbings at the hands of Saudi and other oil superpowers. Waning influence on the global stage and an economy in tatters. Biden is in dire need of connecting back the pieces to retrieve the lost glory. But never make any mistake to assume that the current US president will opt for prudence. Never.

Syrian President Bashar al-Assad’s rare visit to Tehran last week raised many eyebrows. This happened at a time when gossip was sneaking about Syria’s possible inclusion back into the Arab league. Reckoning the situation and the maelstrom it could create, Biden is back to re-engaging with Syria with the adoption of the feckless Obama policy of the past.

The United States has decided to lift the caser act sanctions on the northern Syrian region which is under the control of the Kurdish paramilitary force YPG. Foreign investment can hereby happen within this region which is out of Assad’s control. Iran a regional player in the region also faces a big question with this move. The US move is a reckless one that could end up supplying more weapons and armaments to militia forces that could end dragging back Syria to the blood bath era of the Obama times. Like his predecessor, Biden is opening doors for more genocides and mass slaughters in Syria. It will be no mercy this time.