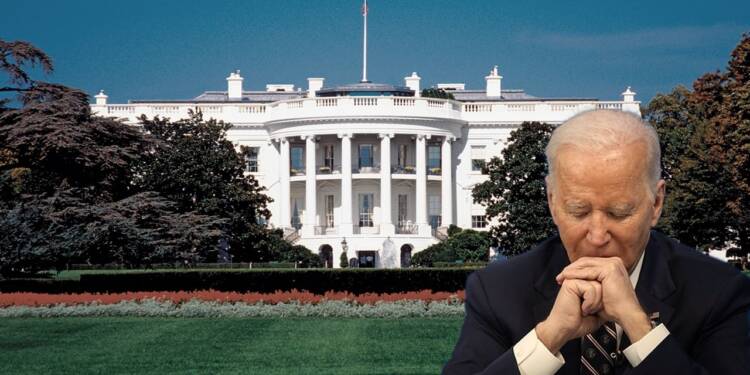 Blatant and unapologetic lying isn’t something new for Joe Biden and The White House.

Even as the USA continues to get hurt by the rising inflation, the Biden administration still can’t stop praising how much they’ve ‘achieved and taking credit for things that were already in motion.

They did the same thing with vaccines. The White House bragged about ‘8.3 million jobs’ and ‘the fastest decline in unemployment in some of their tweets recently. The White House stressed that there were no vaccines available when Joe Biden took over the office.

When they realized the blunder, the White House subtly apologized with another false claim.

Biden lied to correct a lie

On 13th May, The White House tweeted that when President Biden took office, millions were unemployed and there was no vaccine available.

When President Biden took office, millions were unemployed and there was no vaccine available.

In the last 15 months, the economy has created 8.3M jobs and the unemployment rate stands at 3.6% — the fastest decline in unemployment to start a President's term ever recorded.

The tweet immediately caught the attention and people started questioning the claim made by The White House. The White House then rectified that tweet with a brand new lie. Lie to hide a lie.

The new tweet stated, “We previously misstated that vaccines were unavailable in January 2021. We should have said that they were not widely available. Vaccines became available shortly before the President came into office. Since then, he’s responsible for fully vaccinating over 200 million people.”

We previously misstated that vaccines were unavailable in January 2021. We should have said that they were not widely available.

Vaccines became available shortly before the President came into office. Since then, he’s responsible for fully vaccinating over 200 million people. https://t.co/rHJ0GZ63Dy

So, to correct the lie, Biden stated a new one. And believe us when we say this, that none of the vaccine claims are real. The truth is quite the opposite.

Read More: So you thought that Biden is bringing back every single American from Afghanistan, you’ve been lied to

Vaccines were available in abundance before Biden’s inauguration

The coronavirus vaccines were available in the United States since much before Biden took office. Joe Biden himself was vaccinated before taking office. Here is the proof from the White House’s official Twitter handle itself.

President-elect Biden received his second dose of the COVID-19 vaccine because he trusts scientists.

Our administration is committed to doing everything possible to ensure every American has all the information they need to get vaccinated. pic.twitter.com/9FzLEeqwOi

In addition, more than one million doses per day were being administered when Biden took office under Trump’s ‘Operation Warp Speed.’ So to state that the vaccine was not available adequately is also completely inaccurate.

At 1 million doses every day, the USA was clocking an average of 1 crore doses in 10 days. It still remains a mystery how Biden was so sure that vaccines were not available widely in a state of just 33 crore Americans.

Sometimes even liberals can’t defend Joe Biden. The lie became so trendy on social media that CNN even called them out on it – and they issued a correction the next day. But, with another lie.

Read More: Biden lied through his teeth in his latest speech

Joe Biden’s latest lie has been debunked on social media. Perhaps the administration is unaware that the Twitter trolls perform a better job at fact-checking assertions than the newly formed Ministry of Disinformation.

An Islamist bomb has exploded in the Caribbean