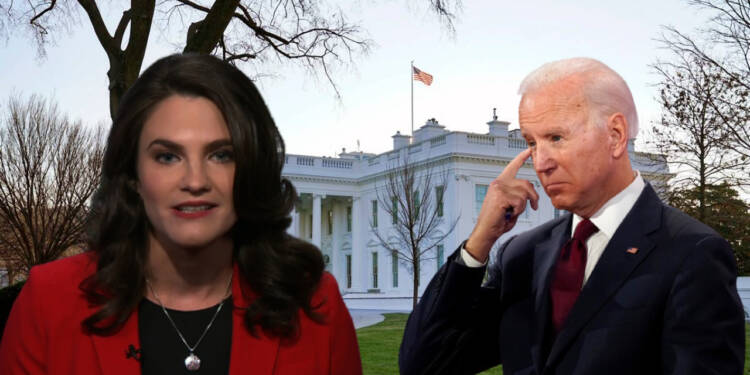 It has only been a month since the Biden administration established a “disinformation board” to counteract online misinformation. It was distinctly a badly thought-out move from the start and is already in limbo merely three weeks after its inception. Nina Jankowicz, the department’s leader, recently resigned after many questioned her ability and allegedly inflicted “personal attacks” at her.

Nonetheless, the Washington Post reported on Wednesday that the Disinformation Governance Board, which is overseen by the Department of Homeland Security, has been put on hold in the face of relentless (but perfectly pointed) attacks.

Biden’s own version of Orwellian’s “Ministry of truth”

However, just after the Board was introduced, it became a matter of controversy in the US.  It was compared to Orwell’s “Ministry of Truth,” in which misinformation was interpreted according to ideological convenience and speech was censored. Republicans and right-wing supporters expressed fear that the board’s work and objective, which is being done under a Democratic government, could be used to target conservatives.

A poorly conceived department of disinformation

The board came under heavy fire for two main reasons:

Criticizing the newly created department, Donald Trump Jr labelled it as a tool for the Biden administration to facilitate abuse of power. Donald Trump Jr had tweeted, “…So to make sure there are no abuses of power we are going to create a hyper-partisan government-controlled Ministry of Truth!!!”

…So to make sure there are no abuses of power we are going to create a hyper-partisan government controlled Ministry of Truth!!! https://t.co/G5a26bFsSp

The Biden Administration creating a DHS 'Disinformation Governance Board' is nothing more than a Ministry of Truth set up to silence opposition.

However, only a few weeks after its creation, its future is already in doubt. Nina Jankowicz, the so-called ‘disinformation expert’ who was appointed to lead the board in the spring, resigned lately after receiving intense criticism not only from the republicans but from the center-leftists. It’s better for the United States to bid farewell to Nina Jankowicz and hopefully soon to the idea of the “Ministry of Truth”.