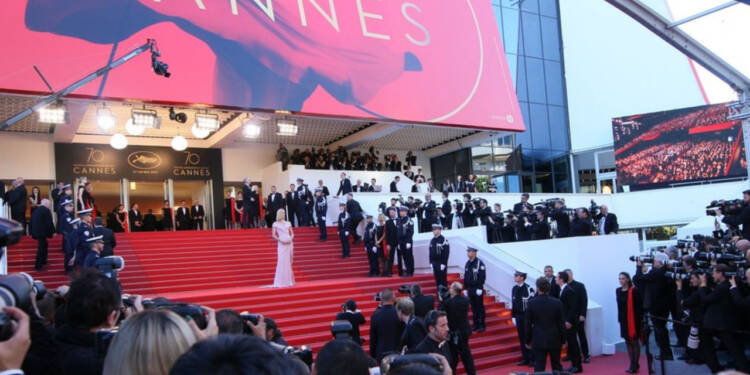 Cinema has always been intrinsically tied to politics. The two cannot really be dissociated. Historically, filmmakers believed what they said. Their content spoke on their behalf, and therefore, they did not have to put their beliefs out in as many words. Their ideologies, faith, and politics was all reflected in the kind of content they produced. That was the mature way of putting politics in films and cinematic productions. Back in the day, there were no phoney activists shouting against people they do not like. Now, that is exactly what is happening.

How the War in Ukraine is a Blessing for Armchair Activists

The Cannes Film Festival is underway at a time when the war between Russia and Ukraine is going on. Every day, lives are being lost and every day, humanity is being put to shame. In recent times, the war in Ukraine has emerged as one of the most brutal and cruel conflicts that is taking a massive toll on the region’s human population.

This could have been a time for everyone to actually pitch in to help all affected parties. However, the war being waged by Vladimir Putin’s machinery has offered an excuse to ‘influencers’ and entire governments in the West to condemn the people of Russia, who are simply not at fault.

The war in Ukraine has come as a perfect opportunity for super-rich stars to clear their conscience, by speaking empty words crafted in a sympathetic manner for the people of Ukraine. And then, not one soul at the Cannes Film Festival is willing to admit that Ukraine cannot wash its hands and say it is an innocent victim of the ongoing war.

The war in Ukraine must be seen in the context of NATO breaching its promises to Russia and expanding eastwards, and making Kyiv a foot soldier which would carry out anti-Russia operations in the region. The fact that Ukraine has normalised neo-Nazi elements and has been using them against the predominantly Russian-speaking population in the Donbas region is being given a complete miss by those that claim to be champions of liberty and peace in the West.

The 75th Cannes Film Festival kicked off on Tuesday with a live satellite video address from Ukrainian President Volodymyr Zelensky. The Ukrainian president, who is a mere pawn, received thunderous applause from the audience at the Cannes Film Festival, proving again how a man as notorious as him has been made out to be a hero. Zelensky quoted Chaplin’s final speech in “The Great Dictator,” in which the legendary Charlie Chaplin had said, “The hate of men will pass, and dictators die, and the power they took from the people will return to the people.”

Zelensky said, “We need a new Chaplin who will demonstrate that the cinema of our time is not silent.” The Cannes Film Festival, while claiming to represent tolerance and liberty, has banned Russians with ties to the government from attending this year. The festival has effectively become a medium for Ukrainian propaganda to be showcased to audiences without any checks and filters.

Several films from Ukrainian filmmakers are set to make an appearance at this year’s Cannes Festival. Sergei Loznitsa’s documentary “The Natural History of Destruction”; footage shot by Lithuanian filmmaker Mantas Kvedaravičius before he was killed in Mariupol in April; “Final Cut,” the latest film from “The Artist” filmmaker Hazanavicius are among many others that are set to be screened at the festival.

Other Themes Feature Too

As much as they would want you to believe, the Cannes Film Festival is not all about Ukraine this time. It would have been, had the organisers and participants actually cared a dime for the war. However, the festival has much ground to clear since it is being organised after a gap of two years. The only Russians allowed to the festival, interestingly, are those that have publicly fought with authorities in Moscow. Others simply do not qualify.

Meanwhile, this breed of elite hypocrites cannot seem to get over Donald Trump. According to Variety, James Gray’s “Armageddon Time” may be a coming-of-age story set several decades ago in Queens, but the characters in the film will reportedly interact with members of Donald Trump’s family. What the interaction will look like is anybody’s guess.

Films speaking about immigration and climate change – of course in line with liberal values – are also slated to be screened at the festival.

Ricky Gervais put it best at the 2020 Golden Globes awards ceremony. He explicitly told the biggest of stars sitting in front of him to “fu*k off”. Here’s what he had said:

“So, if you do win an award tonight, don’t use it as a political platform to make a political speech. You’re in no position to lecture the public about anything. You know nothing about the real world. Most of you spent less time in school than Greta Thunberg. So, if you win, come up, accept your little award, thank your agent and your God, and fu*k off. OK?”

These lines need to be heard on a daily basis by people pretending to care about the world and all that is happening around them when in reality, they couldn’t care less.