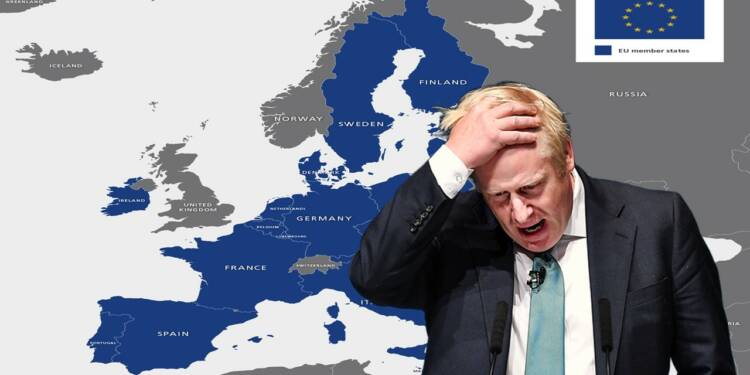 The United Kingdom has been crisscrossing through many obstacles of late. The latest to add up to the list is the Economic crisis accounted as the worst in 40 years. The Ukraine war has also made its contribution in parts with high food and fuel prices and so pushing the living cost beyond the normal threshold level. Economists gave an insight that the UK will be seeing further contractions in the coming days.

“There are desperate stories behind these figures,” said Dame Clare Moriarty, chief executive of Citizens Advice. “People washing in their kitchen sinks because they can’t afford a hot shower; parents skipping meals to feed their kids; disabled people who can’t afford to use vital equipment because of soaring energy bills.”

Inflation has been spiking up and many have made their comments on what contributed to such a catastrophe in a once-booming economy of the world. Some pointed out the economic quagmire as self-inflicted attributing it to Brexit while others hurled it towards the Ukraine war. After all, it is for the economists to have conversations in gauging facts that made the UK touch nadir in the economy. So, they did.

The Ukraine war by some measure got the fuel prices soaring with the average electricity prices jumping from 53.5% to 95.5%. The costs of raw materials, household goods, furniture, and restaurants and hotels are also going up with no stopping the air passenger duty and the vehicle excise duty rates that have reached their zenith.

Measures to tackle inflation have gone up with the Bank of England putting up their two cents of advice to increase the interest rates. According to the plan, this would invariably push the borrowing rates and people will be forced to buy fewer things and so will see a stop to the high running prices of commodities.

Meanwhile, prime minister Boris Johnson made a traditional response saying he will “look at all the measures” to bring down the inflation. But apart from the economic struggles, the gordian knot is tightening on the United Kingdom with a slew of other goings.

Scotland is witnessing a tectonic shift in policy matters after the triumph of the SNP in the UK’s council elections in 2022. The results in some way happen to be a browbeat for Boris Johnson over his party gate scandal that saw the prime minister breaking the covid protocols while running for elections. With leverage over the elections, Scotland’s first minister Nicola sturgeon is setting the stage for an independence referendum in 2023.

Read more: Northern Ireland could soon break away from the United Kingdom

Scotland’s economy has been in dire straits since the Brexit in 2014. To add further worries, another nation that the UK considers integral has been pressing for allegiance to the EU.

Northern Ireland saw the Sinn Fein party emerging victorious and has clarified its stance on the decision that they are trudging forward for a possible unification with the Republic of Ireland in the south.

Back in the 1970’s UK got christened as the sick man of Europe for the poor economic run that contributed to terrible industrial relations and people voicing concern about whether “Britain is governable?”

Margaret thatcher’s reform in the mid-’90s ensured the UK returned to its halcyon days overtaking the US as a global financial center. But the economic troubles with its share of global policy debacles of the present day are sure to throw Boris Infront of the train, with nothing seems handy enough to upend the shambled state of affairs. It is inexorable that the UK is phasing back to regain its status as the sick man of Europe and Boris is sadly facing the test of his time.