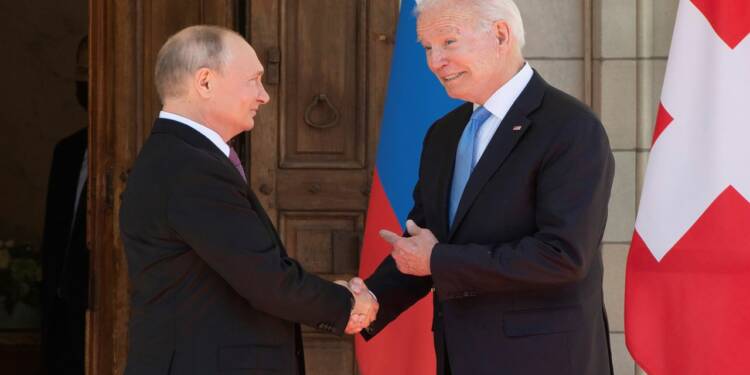 The battle of Ukraine has been a hot topic for the west for nearly four months. However, several NATO countries have repeatedly questioned the US stance in the war. These countries have a sense of being used as if they are losing everything in the game while the United States has not pushed anything at stake.

So, discernment was noticeable when countries decided to form a European Military bloc rather than advocating for NATO. Moreover, the EU has also agreed to strengthen its own defense sectors.

Seeing this, it appears that the United States has sent a message to Europe by its actions that it is still in the game and is actively engaged in battle. US’s transition from Cold War diplomacy to aggressive diplomacy is significant as it has engaged with Russia in a telephonic call.

The US Military brief did not mention any specific issue or what exactly was discussed. But, the military leaders discussed issues of “mutual interest,” including Ukraine.

Now, the timing of this call is really important as it has happened after US Defense Secretary Lloyd Austin spoke with his Russian counterpart last week, and the Pentagon chief called for an immediate ceasefire in Ukraine.

This is for the first time in the last 4 months that the top US and Russian generals have spoken and exchanged words.

Believe it or not, the course of the war is changing. The call between Milley and Gerasimov was one step closer to a diplomatic solution in Ukraine. Yet, there appears to be slow momentum on the diplomatic front, whereas, Russia continues capturing Ukrainian land.

Read More: Europeans are now mincing no words in loathing Biden for starting the Russia-Ukraine war

This move is for sure a damage control move to ensure that EU Bloc stays connected with NATO in the war and doesn’t start floating around with Russia. Politicians, lawmakers, and powerful European nations have begun to openly criticize the United States’ hypocrisy. The most common criticism among these individuals is that only the ‘US gets the most from the Ukraine issue.’

Not only this, the EU has started boosting its own defense sector in a bid to cut its dependency on the USA. Denmark has already decided to hold a ‘referendum’ in June to decide whether to join the ‘EU Defence Pact’ or not.

This will clearly push the existence of NATO into question and this is why the USA is bothered.

This is why the United States has unexpectedly moved from Cold War diplomacy to a more aggressive approach. The United States’ direct involvement with Russia is intended to show Europe that it is still in the game and has not abandoned Europe.  So, hold your horses.