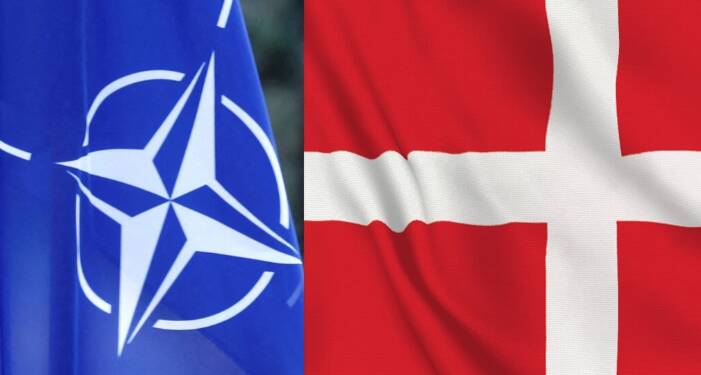 A medical worker in protective suit collects a swab from a man during a mass nucleic acid testing in Huichuan district following new cases of the coronavirus disease (COVID-19) in Zunyi, Guizhou province, China October 23, 2021. cnsphoto via REUTERS

The Russian invasion of Ukraine has prompted much soul-searching across Europe. For the first time since World War II, Europe is gripped by a largescale conventional war that could very well spill out of Ukraine’s borders. Russia has set out on a mission to “demilitarise and denazify” Ukraine. What this means is that Vladimir Putin is looking to topple Kyiv, and install a puppet regime of his own choosing in the Ukrainian capital. The question which all European nations (EU) are now asking is this: “Who’s next?”

Will it be Poland? Will it be Latvia and Estonia? Will Sweden fall prey to Vladimir Putin’s goals of securing Russia’s immediate neighbourhood? And if so, will NATO actually come to the rescue of such countries? Guess who is also asking this question?

Denmark – which is a founding member of the North Atlantic Treaty Organisation.

Denmark has had a 30-year-long opt-out from the European Union’s common security and defence policies. It is a founding member of NATO though.

Now, however, Denmark is beginning to realise that NATO cannot be trusted. Denmark has also realised how the United States, under the rule of Democrats, can only stoke tensions in Europe to benefit its military-industrial complex.

When it comes to fulfilling obligations, Washington always chickens out – leaving its allies in the lurch. A referendum in June this year will pave the way for Denmark joining the European Union’s own defence pact.

Emmanuel Macron Striving to Unite Europe under a Security Umbrella

French President Emmanuel Macron is a pragmatic man. He knows that the United States under Joe Biden, or any Democratic President for that matter, cannot be trusted or relied upon. Washington will keep using NATO to serve its own purposes while refusing to allow the security bloc any legroom when it comes to actually protecting Europe.

In September last year, Macron had called on Europe to stop being naive when it comes to defending its interests and building its own military capacity. In January this year, the French President also asked European nations to come together to work together to draw up proposals for a new security deal with Russia. He said, “It is good that Europeans and the United States coordinate, but it is necessary that Europeans conduct their own dialogue. We must put together a joint proposal, a joint vision, a new security and stability order for Europe.”

It now appears that Europe has begun paying heed to the calls of Macron, and Denmark could very well lead the movement of European nations abandoning NATO and becoming a part of the EU’s Defense Pact.

Denmark joining an independent EU Defense Pact would motivate many other European nations to do the same. You see, Denmark is a rich country, yet its military prowess, frankly, is unmotivating. If Russia wants, it could swallow Denmark whole. NATO would find one excuse or another to not join the war against Russia at that time too. Where will that leave Denmark?

So, the country is making a calculated choice to go for a European security pact instead, that is free of America’s influence.