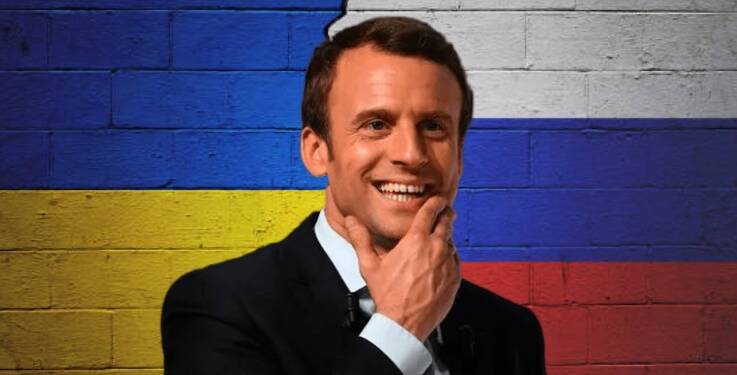 In the whole of Europe, it is only France that will not be very much affected by possible Russian gas supply disruptions. More than 70 per cent of the energy produced by France is from nuclear power plants. That’s why it is self-sufficient in the energy sector. Also, after Brexit, France is the only country in the EU with nuclear weapons. It is also the biggest military power in the EU and the region. When it comes to influence, diplomacy and military presence, it is far ahead of Germany, the second biggest player in the EU.

In the Russia – Ukraine conflict, NATO lost and France won:

The recent conflict between Russia and Ukraine has completely exposed the US and NATO. None of the two has dared to take any action against Russia. The US even backed off from its assurance of protecting Ukraine. NATO is totally invisible in the game. It is a clear lesson for the EU member states that they just can’t rely on NATO or US for protection and defence.

In the case of another conflict, the US along with NATO is poised to do the same to its NATO partners, what it did to Ukraine. It’s a simple truth that if EU and EU states don’t become independent in terms of defence, energy and foreign policy, they will be left on their own during a conflict or crisis.

It is not a threat, but rather an eye-opening moment for the EU member states. France from here will even more seriously push for a separate EU army and an independent EU policy on foreign affairs and the energy sector. France may also push other EU members to go nuclear in their power sector and thus contribute to making the union energy self-sufficient.

The warnings that France gave to the EU have finally been proven true. The threat of the EU’s over-dependency on the US and NATO has also been completely uncovered. The timing of this conflict seems to support the French narrative and its point of view in the case of the US – EU relations. It would be interesting to see whether the EU will finally come out of its US-sponsored shelter or continue to act as a union of puppet states. However, one thing is for sure, that in the conflict of Russia and Ukraine, US and NATO have emerged as the undisputed losers and Emmanuel Macron’s France has emerged as the unintended winner.