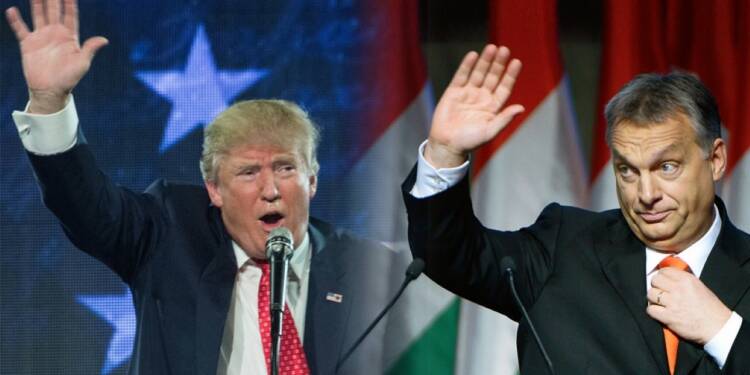 The emergence of Conservative leaders across the globe is an indication that conservatism and nationalism are still alive in geopolitics. We all know how brilliant Donald Trump’s policies were and how the Dems still fear his return as President of the United States. Most surveys across the US indicate that Biden’s popularity ratings have been consistently going down and that if the Presidential elections were to be held today, Donald Trump would surely win.

Similar is the case of Prime Minister Viktor Orban of Hungary. Although he enjoys a secure majority in Hungary, the EU fears his moves and tries to take him down whenever possible.

Most right-wingers across the globe believe that the Liberal-Left ecosystem is responsible for the chaos around the world. But, whenever it comes to the global right-wing unity, the motion has never been possible due to regional and ideological differences. However, it looks like the ‘right’ global leaders are set to be united against the left as a call for the ‘global right’ has started to gain ground.

Viktor Orban stated that “2024 will be decisive.” as there are good chances that Donald Trump will re-run for the presidency and get re-elected. And, that’s when ‘global right’ will be set in motion.

Viktor Orban has called for like-minded people to join hands. Orban stated, “We need to find friends, and we need to find allies. We need to coordinate the movement of our troops because we have a big challenge ahead of us.”

Orban also blasted the media and urged for a revolution, claiming that “the progressive left’s madness can only be revealed if the media is there to help us do it.”

He also touched on certain universal conservative concerns and called for a collective response on issues such as gender, critical race theory, cancel culture, and censorship on social media sites.

The CPAC i.e Conservative Political Action Conference usually happens inside America. But, this has been the first-ever conference that has taken place outside the USA and inside a conservative nation, Hungary.

CPAC organizers chose Hungary for its first European conference because it’s “one of the bastions of the conservative resistance to the ultra-progressive ‘woke’ revolution,” and it’s backed by none else than Donald Trump.

Viktor Orban is a major figure for the right-wingers in Europe. His recent actions against the EU have settled an example of how to counter the left in western culture wars.

Orban and Trump’s call to join hands with like-minded people is terrible news for the Left-Liberal ecosystem.

Although it is being referred to as a joining hand action, this is a call for a “global right” to be established. Consider what would happen if more countries joined the list. What if India, South Korea, France, and other like-minded nations banded together to oppose the leftward movement? The left-wing liberal leaders will collapse.