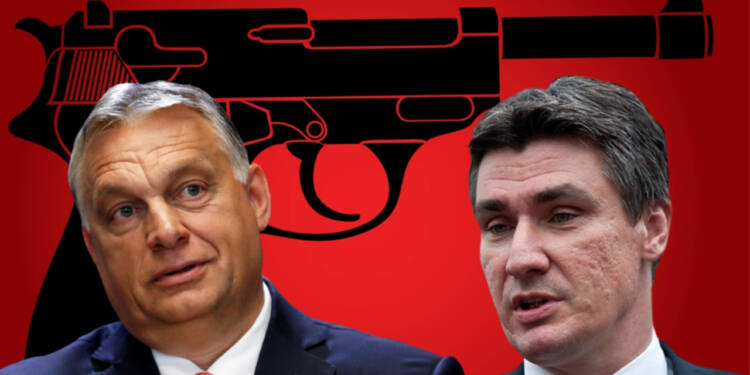 The names of Hungarian Prime Minister Viktor Orban, Croatian President Zoran Milanovic, and Nobel Prize winner Svetlana Alexievich have reportedly been added to the Ukrainian intelligence database. Now, what is this database all about and what does this addition actually mean for the three individuals?

Well, this database actually acts as a hitlist for the extremists in Ukraine. This hitlist is known as Myrotvorets or ‘peacemaker’ if translated.

This intelligence database is allegedly managed by Ukraine’s ministry of internal affairs. A Latin America-based news portal called TeleSUR English revealed that personal information about the so-called enemies of Ukraine is published on the internet, thus breaching their privacy and putting their well-being in danger. The website further claimed that those who get featured on the list are killed in mysterious circumstances.

Take the case of Ukrainian writer Oles Buzina for example. He was known for his pro-Russia writings. He was a vocal critic of Ukrainian politics and supporter of closer ties between Ukraine, Belarus, and Russia. Then, his name was added to Myrotvorets list. And just after a few days, on a footpath in Kyiv, the Ukrainian writer was shot dead. This murder case is yet to be solved. Similarly, Oleg Kalashnikov, a Ukrainian politician was shot dead on April 15th of 2015 in Kyiv in the same fashion. BBC had then reported that a Ukrainian nationalist group calling itself Ukrainian Insurgent Army had claimed responsibility for these attacks.

That’s why it is concerning that the names of Hungarian and Croatian leaders have now been added to the list. Hungarian leader Viktor Orban has refused to take an anti-Russia stance all along and has prioritized his country’s interests above all. The Hungarian government has spoken out against an oil and gas embargo on Russia. So, that’s how Viktor Orban got his name hit-listed.

How did the Croatian President end up featuring on the list?

If we talk about Croatia, its President Zoran Milanovic recently said that Croatia will not in any way get involved in the Ukraine crisis in case of its escalation and that it will not deploy its troops there. He has also alleged that Ukraine does not belong to NATO and that the European Union triggered a coup in Ukraine in 2014 when the pro-Russian president Viktor Yanukovych was ousted. That was more than enough for the Ukrainian extremists to add his name to the notorious hit list of the Ukrainian government.

The Nobel laureate’s addition to the list was surprising because Svetlana Alexievich is actually a Russia-critic. However, recently she had mentioned that some ethnic Ukrainians had helped Nazis in the persecution of Jews during World War II. That’s what got her name added to the kill list.

Ukraine needs to be held accountable

You see, Ukraine is at war with Russia and is facing a brutal assault on its forces for two months now. But that should not serve as an excuse for the world to overlook such concerning developments on the Ukrainian soil. Indeed, Russia is an aggressor in the Russia-Ukraine war but it’s not the only aggressor.

Also Read: How Ukraine lost the narrative war after being the darling of the world for good 45 days

The Ukrainian government is depicted in an almost saintly light, without any basis in actual facts. This must stop now! A balanced coverage by global news portals is the need of the hour. Demonizing and vilifying Russia while idolizing Ukraine will hardly help those who advocate peace and justice for all in the region.