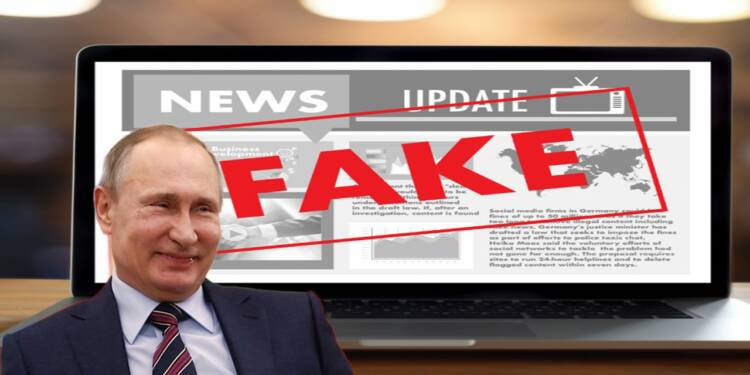 Russian President Vladimir Putin appeared on television yesterday and actively discussed global events as well as his views on the ongoing Russia-Ukraine war. His appearance is a big setback for the West. Wondering how this is a setback?

Let’s discuss how Vladimir Putin attempted to clear the air on 5 speculations that were making rounds in the Western Media.

5 myths that Putin Broke with his appearance.

1. Putin is ill and Dying

We all have heard and read several times that Russian President Vladimir Putin is ill and may retire soon.  Most news publishers have expressed concern that Putin is actually suffering from ‘Cancer’ and due to this, he may die soon or may have to retire as the President of Russia.

Such claims have come again and again and this cancer one is nothing new. In 2015, rumors of his ill health were widely reported, with articles at the time referring to “periodic scares” about his health.

2. Putin is facing a political tussle

Whenever there is a political dispute or displeasure directed at the nation’s leader, it is frequently seen that the leader avoids public gatherings and even appears on television in order to avoid more reaction or criticism.

Putin was anticipated to follow the same path as there were constant reports that a ‘coup’ will start against Putin. But Putin coming on television and boasting about how his country is winning this war, made everything pretty clear.

Well, it’s almost certain that Russia has gained a lot of Ukrainian ground. Still, the western media boasts that ‘Ukraine is Winning’.  If Putin had been losing, he would not have attempted to build a media narrative even once because he clearly knows that the Western media won’t accept Putin’s position.

Vladimir Putin has indicated firmly that “he will have a serious discussion with the media over Ukraine.”

The whole discussion between Lukashenko and Putin was centered on the failure of Western sanctions. The Russian currency has already reached a seven-year high against the euro. Putin and Lukashenko both expressed gratitude to Western sanctions for making it possible.

The leaders stressed that due to the miscalculations by Media, western sanctions have made both of the sanctioned nations become more self-reliant.

The Russian economy is not dead. The economies that are in a crisis are western economies.

5. Russia is responsible for the global food and fuel crisis, inflation

The West has aggressively blamed Russia for rising fuel costs and, eventually, global inflation. However, Vladimir questioned how he is to blame for the problem.

“Wasn’t the situation sparked by western efforts to push NATO closer to Russia’s borders? And hasn’t the US constantly gaslighted that Ukraine is in trouble along with the EU and others. So, how come is Putin to blame for it?’ asked Lukashenko.

Read More: Russia is helping its friend Belarus to ship its oil to best friend Europe

.Russia and Belarus are targeted constantly by the western world for being close allies. Putin’s recent conversation was to send Western allies a strong message that it does not care. Eventually, the truth will be known to the world and then ‘he will have a serious conversation.”

Greenland refuses to become a base for Biden’s military misadventures