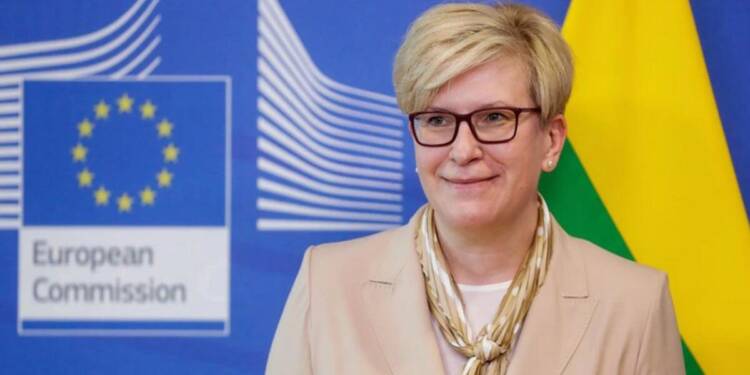 Lithuania and European Union are locking horns with each other over Ukrainian refugees. Lithuania’s argument is that the burden of Ukrainian refugees should be shared by all European countries. The EU should set up a joint EU fund to help refugee crisis-hit countries cope with the financial burden.

It may be noted that the average cost of one refugee for the welcoming country is 500 Euros per month. With limited resources and deflated economic output, shouldering their financial burden is a back-breaking task for small nations such as Lithuania and Romania.

Finance Minister of Lithuania Gintare Skaiste urged the European Union on Monday that the bloc should stop dragging its feet over the issue. “In Lithuania, Ukrainians are now about 2% of the population,” Skaiste was quoted as saying by Reuters in an interview. “In Estonia, it is about 2.5% and in Poland about 6-7%, so the numbers for supporting them are quite big. We are asking for some additional funds, which would be helpful in this situation.”

In the aftermath of the Syrian crisis, the EU had then set up a similar fund to help Turkey brave the influx of millions of refugees. So, when EU can help Turkey, it should ideally help Lithuania, Poland, and Estonia too. But Brussels isn’t that keen on listening to their demands.

In response, the EU commission told Lithuania that it can’t issue additional funds for refugees. The EU commission said, “We can offer EU governments flexibility in using EU funds they would have received under the last long-term budget or the current one, but no new funds.”

Responding to EU’s brazen and shameless remarks, the Lithuanian finance minister ripped into the EU commission. Skaiste said, “I do not ask for flexibility, I ask for additional funding.” She added, “I’m asking if we could maybe think about the instrument that was used previously in the migration crisis when migrants were coming from Turkey to Greece and European Union countries decided to put up additional funds and give that money to support migrants.”

Previously, nations like Poland, Czech, Hungary and Slovakia have also raised similar demands. Last week, Polish President Andrzej Duda complained that Poland and Hungary had not received money from the EU to help the refugees. He said, “I have no doubt that such policy undermines the European unity, but we will anyway do everything in our power so that our guests from Ukraine feel here like at home.” By “this policy”, Duda was referring to the EU’s reluctance to pay for Ukrainian refugees housed in Poland.

However, the refugee crisis isn’t the only source of tension between the EU and the member states. Ukraine is demanding $600 billion from the European Union for rebuilding critical infrastructure in the country devastated by the war. Now, the question is, who will fund this rebuilding project? Big nations like Germany are opposed to setting up a joint borrowing fund since it would adversely impact their economies. But what about smaller nations, who have prioritized, not their economies but human values, in welcoming the fleeing Ukrainians. They have now been left in the lurch by the European Union. And with no support from the EU, small countries like Lithuania and Estonia could even go bankrupt as they already face crippling food and energy crises.

Greenland refuses to become a base for Biden’s military misadventures