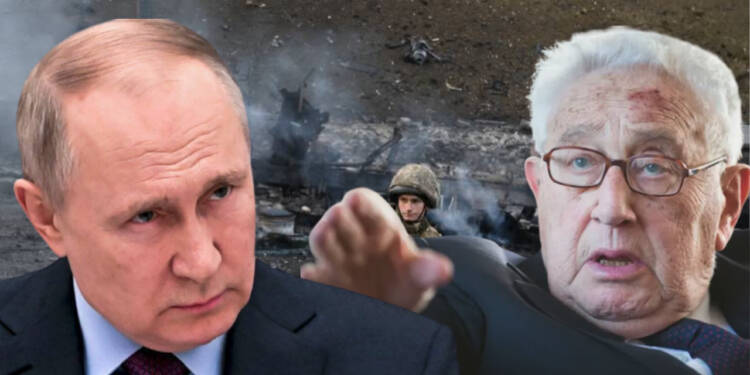 The battle between Russia and Ukraine has lasted over three months with no end in sight. Even the Western world has not been able to resolve this problem. In truth, the western countries led by the United States have done very little to resolve the dispute. In fact, they only do so much to defuse the conflict by offering additional financial and military aid to Ukraine. None of them attempted to mediate the issue or find a peaceful solution.

Kissinger wants Ukraine to cede the territories to Russia

Former US Secretary of State Henry Kissinger appears to make sense in this context. He recently spoke about Russia’s current position in Europe at the World Economic Forum in Davos, Switzerland, and attempted to provide an ultimate solution to the problem.

He stated that Ukraine must permanently surrender the territory taken by Russia after the invasion. This would effectively terminate the conflict and prevent additional Russian aggression. He stated that in order to end the dispute with Russia and avoid “a new war against Russia itself,” Ukraine must be willing to make sacrifices. The former official warned Western forces against attempting a decisive victory over Russia in Ukraine, claiming that such a result would destabilize Europe and sever international ties.

“Ideally, the dividing line should be a return to the status quo ante. Pursuing the war beyond that point would not be about the freedom of Ukraine, but a new war against Russia itself,” Kissinger told the Daily Mail. He added that it would be fatal to forget Russia’s position of power in Europe and if the West got swept up in the ‘mood of the moment.

“Parties should be brought to peace talks within the next two months. Ukraine should’ve been a bridge between Europe and Russia, but now, as the relationships are reshaped, we may enter a space where the dividing line is redrawn and Russia is entirely isolated. We are facing a situation now where Russia could alienate itself completely from Europe and seek a permanent alliance elsewhere. This may lead to Cold War-like diplomatic distances, which will set us back decades. We should strive for long-term peace,” Kissinger said.

Russia is important for the stability of Europe

Nevertheless, Kissinger while indicating in his statements that Russia is important for the stability and growth of Europe, well that makes sense to quite an extent. Russia is nevertheless pretty important as Europe is to a huge extent dependent on its energy requirements. Europe as whole imports almost 41% of its oil and gas from Russia as per 2019 data. Though countries like Germany have been planning to diversify their oil and gas imports from the middle eastern nations they do not provide a secured position for the supplies. For instance, Germany planned to strike a deal with Qatar for its LNG, and Qatar put in certain conditions like destination clause, etc. This made the deal almost unviable for Germany.

Also, there have also been reports that the Russian blockade has resulted in global food security issues, which should be of concern to western nations.

As a result, the western nations’ current motivation should not be to defeat Russia in the conflict. Instead, they should concentrate on their energy and food security needs. Even if they have to pursue Ukraine to get them to cede the regions, they should do so. As a result, Kissinger’s comment makes sense since the world requires peace, not conflict.