Europe had one supply line for oil; Iran chokes it 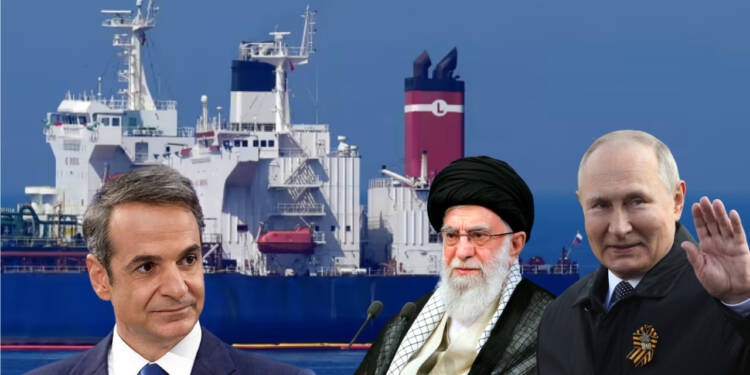 Europe’s oil crisis just got worse! All because of Iran’s newly-launched blockade in the Strait of Hormuz! Iran has unofficially declared that it won’t let any ship carrying oil to Europe pass through its waters.

Shipping conflict between Iran and Greece

This shipping conflict between Europe and Iran began earlier this week when Greece allegedly impounded a Russian-flagged ship carrying Iranian oil off its waters. It was unclear whether the cargo was confiscated due to sanctions on Russian ships or the embargo on Iranian oil. Later on, as requested by USA’s treasury department, the seized oil tanker was handed over to US authorities by Greek officials.

Now, this move by the Greek government ended up rubbing the Iranian government the wrong way. Shortly after Tehran warned it would take “punitive action” against Athens, the media reported that Iran’s Revolutionary Guard had seized two Greek oil tankers near the Arabian Gulf.

The Greek authorities said that Iranian helicopters landed gunmen on the two tankers, after which the ships were directed towards the Iranian coast! Greek foreign ministry in a statement told, “The ship has been seized by the Iranian authorities. We have no communication with them at this time.”

Informal Iranian blockade in the Strait of Hormuz

This move by Iran suggests that the Shi’ite nation could seize more Greek oil tankers in the Strait of Hormuz carrying oil from Iraq. The Strait of Hormuz is a narrow strategic waterway separating Iran from the Gulf states and is one of the world’s most important shipping lanes for crude. Iran and its revolutionary guards call the shots in this region. It’s believed that Iran will outrightly ban all Greek shipping companies from sailing in the waters close to the Arabian Gulf and the Strait of Hormuz.

Why this is tragic for Europe?

Frankly speaking, that’s tragic news for Europe and the US. Make no mistake, Greece is called the shipping powerhouse of Europe. Almost a quarter of all supertankers are owned by Greek companies. So, Iran not allowing Greek tankers to pass through the Strait of Hormuz will surely jeopardize Europe’s energy supplies coming from non-Russian sources as well.

Through its blockade in the Strait of Hormuz, Iran has effectively blocked Europe’s access to Iraq’s, Kuwait’s and UAE’s oil. This will further stiffen Russia’s energy leverage on Europe and weaken EU’s position in Ukraine. So, it would be hardly surprising if Russia had already given tacit approval to Iran’s bold manoeuvres in the region.

Read More: Iran’s righteous war: Iran’s Hazara militia and its oil blockade has brought the Taliban to their knees

All hopes of JCPOA revival dashed

Moreover, this emerging tussle has dashed the hopes of the JCPOA deal revival, through which the EU was hoping to ease its energy woes. On 15th May, Al Arabiya reported that Iran was considering supplying Europe with oil and gas. Iran’s deputy oil minister Majid Chegeni had said, “Iran is always after the development of energy diplomacy and expansion of the market.” This raised hopes among several European markets that Iran could be a possible answer to Russia’s energy question.

But after this shipping conflict between Greece and Iran, Europe would be cursing its fate now. Not only the Europeans have squandered the opportunity of clinching an oil deal with Iran, but they have also lost the access to easy Iraqi and Emirati oil that kept Europe powered so far.